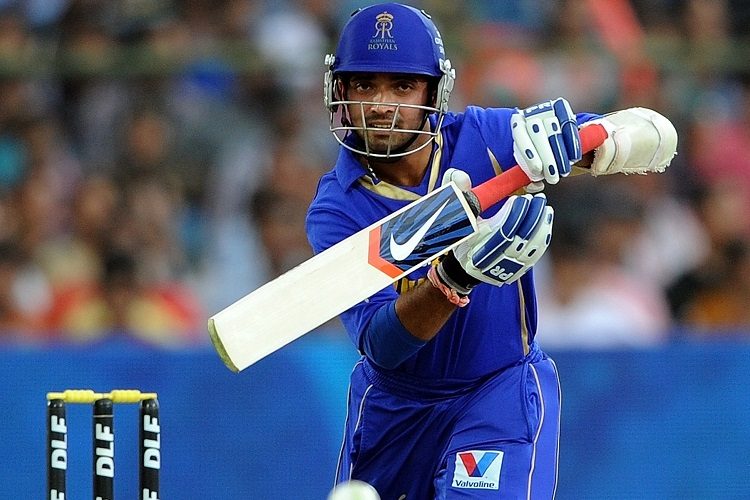 Rajasthan Royals have won IPL only once, but have made it to the top five in every single of their last four attempts © Prakash Singh / AFP / Getty Images

Many were surprised when Rajasthan Royals had won the first edition of IPL, in 2008, despite not having a coach (Shane Warne had doubled as captain-coach) and a curious absence of big names.

But the Royals had done their homework better than the others that year. They had spent, but not splurged; they identified talents and invested in them; and led and mentored by Warne, they stunned the high-profile sides to clinch the title.

The same critics who had doubted them before the tournament now started referring to them as the Moneyball Side.

While Rajasthan have failed to replicate their success since then, they have somehow managed to be around the top four of late. They have made it to the Playoffs thrice in their last four appearances (from 2012; they were suspended for two seasons) and finished fifth in another, which has made them an “also-ran” side.

Here is how they have performed over years.

Rajasthan had received a major blow last year when their captain Steven Smith had been ruled out of IPL in the aftermath of the Cape Town ball-tampering incident. Ajinkya Rahane, his replacement, never seemed to ease into the role.

While Rahane will lead again, Smith’s presence will bolster Royals significantly. Smith was impactful – both as batsman and captain – in his last IPL appearance, for Rising Pune Supergiants in 2017.

The English trio of Jos Buttler, Jofra Archer, and Ben Stokes are likely to feature in the Royals XI alongside Smith, at least in the initial stages of the tournament. Other overseas cricketers like Ashton Turner or Ish Sodhi may come into play later.

As for Indians, keep an eye on the mercurial Jaydev Unadkat, the exciting Krishnappa Gowtham, and the solid Rahul Tripathi.

Steven Smith: The Australian selectors will follow Rajasthan Royals keenly, for IPL 2019 will be Smith’s first full tournament of the highest standard sine his ban. Smith has delivered almost every time he has played in the IPL, and this time he will be set out to prove a point. That, combined with the inputs he will provide as a former IPL captain, will make him an asset for Royals this season.

Jofra Archer: Archer is the dream T20 package: a bowler who can move the ball at great pace; a very hard hitter down the order; and an athlete the kind they produce only in the Caribbean. So good has Archer been in the English domestic circuit that they are trying to find a way to mould the laws to make him eligible to play for England in the upcoming World Cup.

Krishnappa Gowtham: Gowtham can both hold things up and run through sides with his off-breaks. He played throughout the 2018 season and went for under 8 an over, picking up 11 wickets in the process. But a more telling statistic was his batting strike rate of 197 – the best in the tournament with a 25-run cut-off.

They are likely to make it to the Playoffs – unnoticed, as always – but with Smith and Stokes in the side, they may back themselves to go that extra mile.