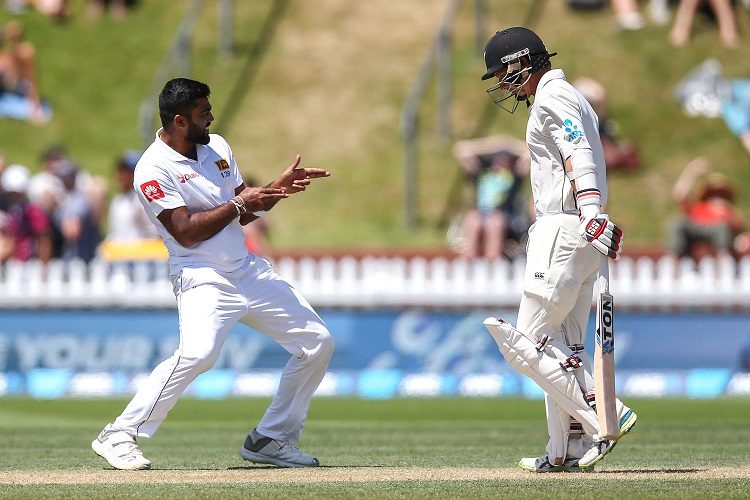 New Zealand will take field in international cricket for the first time exactly after a month of being a part of the most high-octane final World Cup history. The Galle Test, the first of the two-Test series, will also be the first for both Sri Lanka and New Zealand in the ICC Test Championship.

Sri Lanka should be upbeat after their overall Test performances over the past couple of years, which include whitewashes of Pakistan in the UAE and South Africa in South Africa. They have also drawn a series in the West Indies, held India 0-1 in India, won a Test series in Bangladesh, and whitewashed South Africa at home. Their recent success includes a 3-0 rout of Bangladesh, albeit in ODIs.

However, there have been blips as well, including 0-3 defeats against India and England, both at home, and a 0-2 in Australia.

They have an assortment of spinners to choose from. Lasith Embuldeniya, who bowled magnificently in South Africa, should find a place, as should all-rounder Dhananjaya de Silva. The third spot will be a toss-up between Lakshan Sandakan and Akila Dananjaya. That, alone with a formidable (if inconsistent) batting line-up make them favourites.

Like Sri Lanka, New Zealand, too, had beaten Pakistan in the UAE, thanks to Kane Williamson's magnificent batsmanship and some excellent bowling from their spinners, Ajaz Patel, William Somerville, and Mitchell Santner. They will probably stick to the same Trent-Boult-Colin de-Grandhomme-three-spinners attack.

New Zealand lead 15-8 in overall clashes including 6-1 in the current decade. However, Sri Lanka hold a 6-4 lead on Sri Lankan soil. Sri Lanka had won by 10 wickets at Galle and lost by 167 runs in the last series between the sides in Sri Lanka.

Dimuth Karunaratne (Sri Lanka): From leading the side to their first win in South Africa to carrying his bat to outscoring an entire opposition (South Africa in 2018), Karunaratne has done it all. It is time for him to again rise to the challenge.

Kane Williamson (New Zealand): As he has demonstrated against both India and Pakistan, few men in contemporary cricket handle spin better than Williamson. It is time for him to stamp his authority on Sri Lankan soil now.

Sri Lanka to win, though winning the toss may even things out.