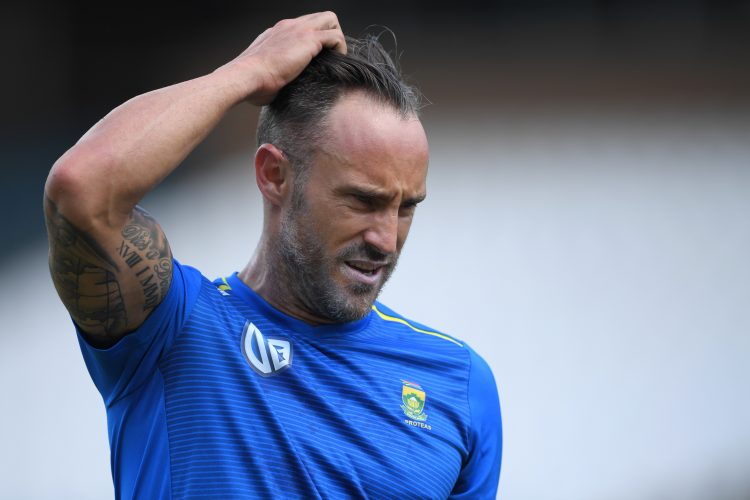 The Royal Challengers Bangalore suffered another titanic batting collapse in IPL 2022 as the Rajasthan Royals defended the lowest score of the season so far to win by 29 runs at the MCA Stadium in Pune. After Riyan Parag’s gutsy half-century took RR to 144 with the bat, RCB imploded in the second innings as they were bowled out for 115 to lose their second game on the bounce in the IPL.

Having lost the toss for the seventh time in eight matches, Rajasthan were put in to bat on a spicy Pune pitch by Faf du Plessis, and the Royals suffered a rare failure at the top of the order with three wickets falling in the powerplay. Mohammad Siraj bowled a searing leg-stump yorker to dismiss Devdutt Padikkal for seven and also removed the promoted Ravichandran Ashwin in his next over after the all-rounder cracked four boundaries in a useful cameo of 17 from nine balls.

However, the biggest prize for RCB came in the fifth when Jos Buttler was dismissed in single digits for the first time this season, with the Englishman miscuing a pull to a diving Siraj at mid-on, leaving a thin Royals batting line-up reeling at 33 for three. Sanju Samson staged a brief counter-attack to salvage the innings, but after smashing a trio of sixes against the spinners, the captain was dismissed by Wanindu Hasaranga for the fifth time in T20 cricket.

Daryl Mitchell and Shimron Hetmyer managed just 19 runs off 31 deliveries between them to leave Rajasthan in danger of crumbling below 120, but Riyan Parag played a phenomenal innings at the death to rescue the Royals. After creaming the spinners early on in his innings, Parag smashed three sixes and one four of the final two overs to reach his second IPL 50 and drag the Royals to a respectable total of 144.

In response, RCB opted to drop the misfiring Anuj Rawat and open with Virat Kohli, but despite the change in batting position, the former captain’s poor run of form continued. After surviving three scares in the opening over from Trent Boult, Kohli toe-ended a Prasidh Krishna bouncer to Riyan Parag at point for nine.

Bangalore managed to see out the rest of the powerplay without losing another wicket, but Kuldeep Sen changed the game in the seventh over, with the pacer extracting some extra bounce from the Pune surface and removing Faf du Plessis and Glenn Maxwell off consecutive deliveries. RCB never recovered from the loss of their two overseas stars as Ravichandran Ashwin controlled the middle overs, picking up three wickets for just 17 runs, while Yuzvendra Chahal ran out the in-form Dinesh Karthik for six. Following his two scalps at the start, Kuldeep Sen returned to complete the job, finishing with career-best figures of four for 33 as Rajasthan won by 29 runs to go to the top of the table.