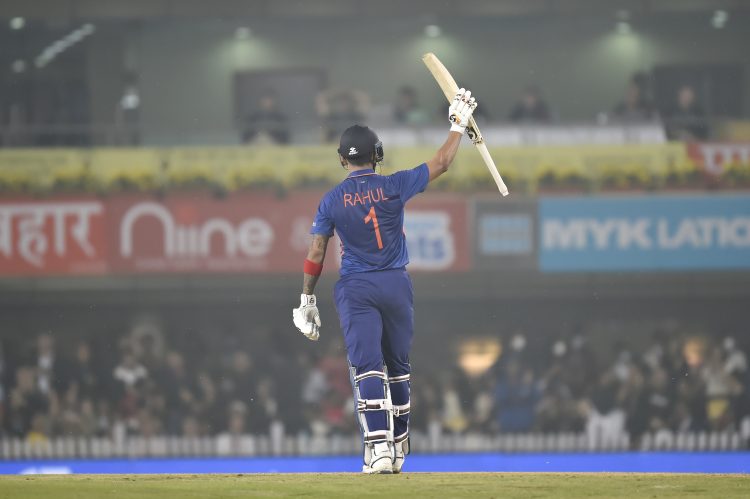 The Mumbai Indians entered unwanted territory on Saturday afternoon at the Brabourne Stadium, becoming just the third team in IPL history to lose all six of their opening games of an IPL season. The disappointment continued for Rohit Sharma’s men as KL Rahul scored a magnificent 103* off 60 deliveries to give Lucknow a comfortable 18-run win, lifting the Super Giants to number two in the points table.

After winning the toss and opting to bowl first, nothing went in Mumbai’s favour on the day as a poor bowling and fielding effort saw Lucknow put on a first innings score of 199. Mumbai opened with spin to trouble KL Rahul and Quinton de Kock early on, but the South African punished his former side as he creamed a pair of boundaries off Murugan Ashwin and Jaydev Unadkat’s opening over. De Kock also smashed Fabian Allen for a six over deep midwicket in the final over of the powerplay but departed of the very next ball while looking to play a reverse sweep.

Lucknow finished the powerplay at 57 for 1, and after getting his eye in early on, Rahul stepped on the accelerator after de Kock’s dismissal. The opener hit two fours and a six in Tymal Mills’ first over and continued his onslaught throughout the middle overs as he reached a 33-ball half-century. Some lacklustre ground-fielding in the deep from MI handed Lucknow some free boundaries, and Rahul and Manish Pandey took full advantage to put on a 72-run partnership.

Although Jasprit Bumrah kept things tight throughout the back end of the innings – conceding just 24 runs in his four overs – he had very little help from the others. Tymal Mills was forced to take most of the Lucknow carnage – conceding 54 runs in his three overs – as Rahul brought up a 56-ball century to take the Super Giants to a commanding first-innings total.

Chasing 200, Mumbai lost their captain Rohit Sharma in the third over to Avesh Khan but were still given an outstanding start against the new ball thanks to some ferocious striking from Dewald Brevis. The South African teenager threw caution into the wind as he creamed six fours and one six in his 13-ball stay at the crease, helping Mumbai put on 57 in the powerplay. Unfortunately for Mumbai, Brevis’ blitzkrieg was cut short by Avesh Khan in the sixth over and Ishan Kishan fell three balls later to Marcus Stoinis, leaving the team with another mountain to climb at 57 for three. Although Suryakumar Yadav, Tilak Verma and Kieron Pollard kept Mumbai in the hunt with some handy cameos, Lucknow bowled expertly at the death to complete their fourth win of the season by a comprehensive 18 runs.