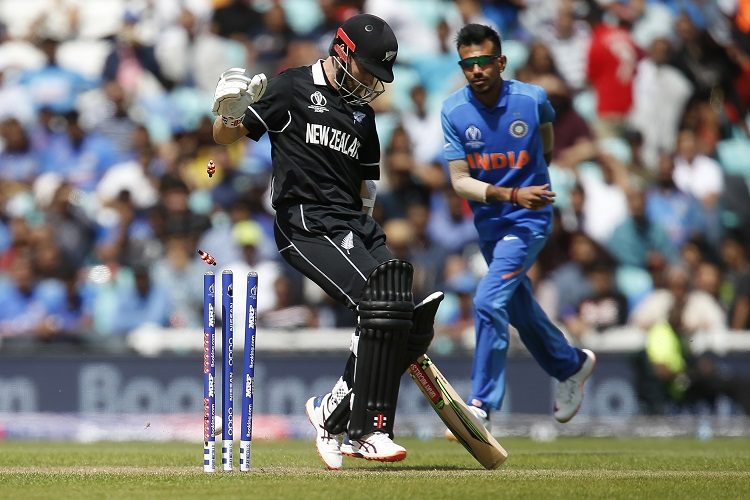 India will kickstart their overseas stint in 2020 with 5 T20Is in New Zealand, the first two of which will be played at Eden Park, Auckland. Ahead of the series, here is a statistical preview.

0 T20Is between India and New Zealand without MS Dhoni so far. This will be the 1st.

0.375 win-loss ratio of India against New Zealand (3 wins, 8 defeats), their worst against any team by some distance. In fact, New Zealand are the only side against whom India have lost more matches than won.

0.6 win-loss ratio of New Zealand at Eden Park (6 wins, 10 defeats), their 2nd-worst at home, after their 0.5 at Lancaster Park, Christchurch (1 win, 2 defeats). In fact, only two teams – Zimbabwe (0.111 at Harare Sports Club) and Sri Lanka (0.25 at P Sara Stadium, Colombo) have worse ratios at a home ground with a 10-match cut-off, while Bangladesh also has 0.6 at Shere Bangla National Stadium, Mirpur.

1 wicket needed by Mitchell Santner (49) and 3 needed by Ish Sodhi (47) to become the 3rd New Zealander and 33rd overall to reach 50 wickets.

1 T20I win for India in New Zealand in 5 matches – but that has come at Eden Park.

2 wickets needed by Jasprit Bumrah and Yuzvendra Chahal (4 each) to go past Irfan Pathan and Bhuvneshwar Kumar (5 each) and become the leading wicket-taker for India against New Zealand.

2.667 win-loss ratio of New Zealand against India (8 wins, 3 defeats), their best against any team with a 10-match cut-off. New Zealand have a 7-0 record against Bangladesh and 6-0 against Zimbabwe.

11 wickets for Sodhi against India, 9 for Santner, and 7 for Tim Southee, the most.

14 runs needed by Colin Munro (248) to go past Brendon McCullum (261) and become the leading run-scorer for New Zealand against India.

26 runs needed by Rohit Sharma (198) to go past MS Dhoni (223) and become the leading run-scorer for India against New Zealand.

38 catches by both Virat Kohli and Rohit, the joint-2nd among Indian non-wicketkeepers. Only Suresh Raina (42) has held more catches.

46 catches for Martin Guptill, the joint-3rd most among all non-wicketkeepers. Only David Miller and Shoaib Malik (50 each) have held more. Ross Taylor has 44.

53 wickets for Bumrah, the most in Indian history. However, Bumrah is just 1 ahead of Chahal, who is also in the squad. R Ashwin also has 52.