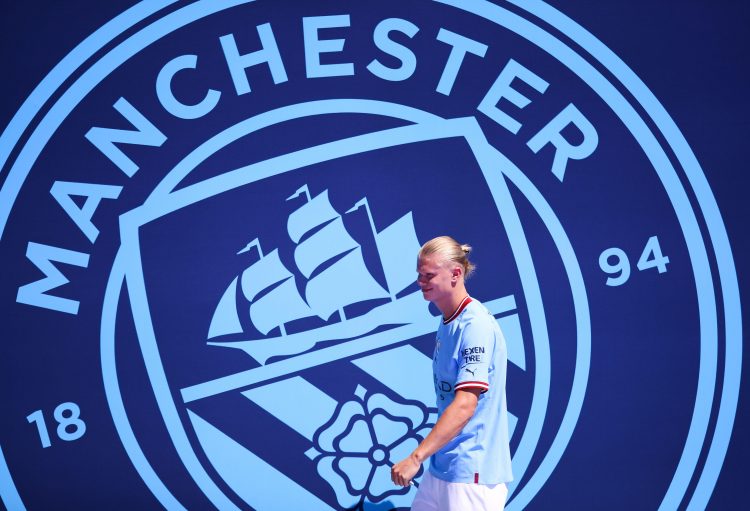 Manchester City have dominated the Premier League since Pep Guardiola arrived on English shores in 2016, and the reigning champions will look to become only the second team after Manchester United to win the title three seasons in a row in 2022/23. The Cityzens pipped Liverpool in dramatic fashion on the final day to win the league by a single point last season and have strengthened their side further this summer with the blockbuster addition of Erling Haaland from Borussia Dortmund.

Manchester City finally ended their search for a central striker this summer as they splashed the cash to sign Erling Haaland from Borussia Dortmund for £54 million. The 22-year-old phenom arrives in England after breaking all sorts of records in the Bundesliga, scoring 86 goals in 89 games for Borussia Dortmund. Along with the Norwegian, the reigning champions have also bolstered their ranks this summer with the additions of Julian Alvarez from River Plate and Leeds United midfielder Kalvin Phillips for £44 million.

Although the arrivals of Haaland and Alvarez provide plenty of excitement ahead of the new season, there has been plenty of turnover in the Manchester City squad this summer that has weakened their depth. With just one year left on his contract, Raheem Sterling left for Chelsea in a deal worth £50 million, while Arsenal poached Gabriel Jesus and Oleksandr Zinchenko.

City are yet to sign a left-back and forward to replace the players they sold, and Pep Guardiola’s side could be short on squad depth and numbers to start the season if they don’t make the necessary additions before the window closes.

Player to watch out for: Erling Haaland

It has to be Erling Haaland. The striker has been the most prolific young attacker in Europe alongside Kylian Mbappe in recent years, scoring 23 goals in just 19 starts in the Champions League. Haaland provides a physical presence in the box that City have lacked over the past two seasons and his arrival adds another layer of dynamism and explosiveness to the near-unstoppable Manchester City offence.

Brazilian shot-stopper Ederson plays a pivotal role in Manchester City’s system with his distribution and ball-playing ability from the back. In defence, Kyle Walker and Joao Cancelo are currently the only two senior full backs in the squad, while Ruben Dias and Aymeric Laporte are expected to start in central defence.

Rodri resumes his position at the heart of midfield, flanked by City’s creative fulcrum of Kevin de Bruyne and Bernardo Silva in the midfield three. Phil Foden is likely to start on the left wing for Manchester City alongside Erling Haaland as the number nine and Riyad Mahrez on the right, who was City’s top scorer in all competitions last season with 24 goals.