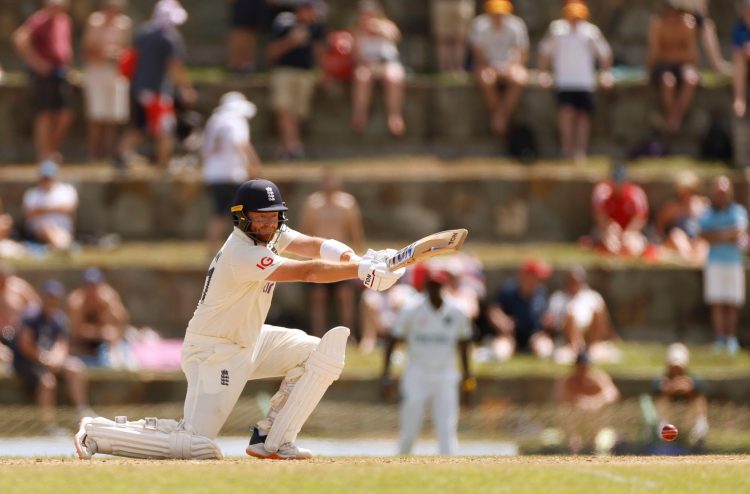 The Punjab Kings kept their playoff hopes alive in IPL 2022 with a mammoth 54-run win over the Royal Challengers Bangalore at the Brabourne Stadium in Mumbai. Half-centuries from Englishmen Jonny Bairstow (66 off 29) and Liam Livingstone (70 off 42) took the Kings to a commanding total of 209 before the bowlers produced an all-round performance to take the team to sixth position in the table with 12 points.

Jonny Bairstow has enjoyed a change of fortunes in IPL 2022 since moving back to the top of the order, and the Englishman gave the Kings the perfect platform in the powerplay as he went after the RCB bowling attack. Bairstow started his innings with a lofted six against Glenn Maxwell in the opening over before unleashing carnage against the RCB pacers Mohammed Siraj and Josh Hazlewood. The Yorkshireman smashed two fours and two sixes in a 22-run over from the Australian before clearing the ropes four times in Siraj’s first two overs to reach his half-century in just 21 deliveries.

Bairstow’s onslaught helped the Kings score an unprecedented 83 runs in the powerplay, but RCB spinners – Wanindu Hasaranga and Shahbaz Ahmed – briefly applied the brakes to the run-scoring through the middle period while also picking up some key wickets. Hasaranga outfoxed his countryman Bhanuka Rajapaksa while left-arm spinner Shahbaz Ahmed had Jonny Bairstow mistiming one to the fielder behind square on the off-side.

Liam Livingstone and Mayank Agarwal were forced to consolidate and bat sensibly following the loss of those two wickets, and after scoring just 14 of his first 14 deliveries, the Englishman launched another brutal attack on the RCB bowlers at the back end. Livingstone kicked things off with a couple of monster sixes down the ground against Shahbaz Ahmed before plundering four boundaries and 24 runs in the penultimate over from Josh Hazlewood. Harshal Patel pulled things back somewhat by conceding just four runs off the final over, but some valuable contributions from the Punjab lower-order took the team to an excellent first innings total of 209.

In the run-chase, Virat Kohli started brightly with a couple of boundaries against Arshdeep Singh and Harpreer Brar, but it proved to be another false dawn as the opener fell to Kagiso Rabada in the fourth over for 20. Rishi Dhawan also removed Faf du Plessis and Mahipal Lomror in the next over to leave RCB reeling at 44 for three at the end of the powerplay.

Glenn Maxwell and Rajat Patidar managed to stitch a brief 60-run partnership to keep Bangalore in the hunt, but both batters fell within the space of three balls while looking to clear the boundary to end the contest. Arshdeep Singh got the big wicket of Dinesh Karthik, while Kagiso Rabada picked up two more scalps at the death as RCB finished on 155 for nine, falling short by 54 runs.