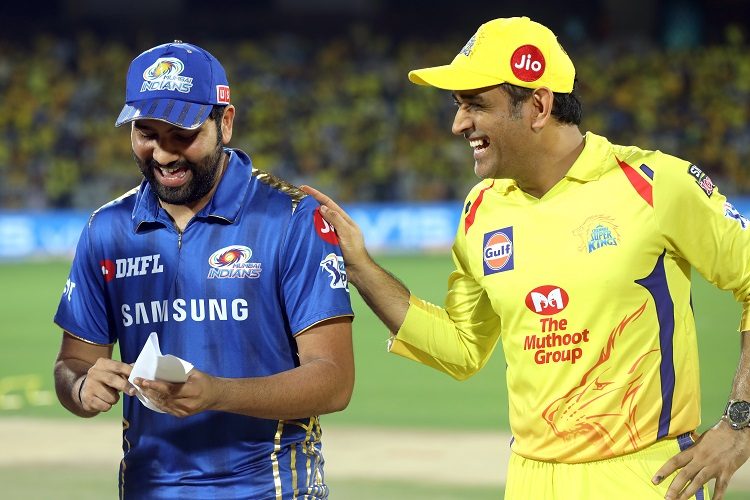 Mumbai Indians have won three IPL titles, more than anyone else – other than Chennai Super Kings, that is. And now, both teams will take field in the final, at Rajiv Gandhi International Stadium, Hyderabad, on May 12, with eyes on history.

The keen-eyed will point out how Mumbai‘s titles have come in arithmetic progression, in 2013, 2015, and 2017… so why not in 2019? To add to that, they had beaten Chennai in the first two finals, both in Kolkata, while Chennai did not feature in the third edition. Should Mumbai not take field as favourites?

But defending champions Chennai have their numerological patterns too. They, after all, are the only side to win consecutive IPL titles, in 2010 and 2011, and had beaten Mumbai in the first of these finals, at Navi Mumbai – so who are the favourites in a final outside Eden Gardens?

But let us move on from coincidences and near-hilarious trends. IPL 2019 has largely been a threeway tournament, with the two teams and Delhi Capitals separated only on net run rate, leaving a chasm before the others. Delhi, third in the league, finished third, leaving the ground open for the top two.

And the top two are here. Mumbai have always been an immensely talented side; and this time almost every big gun has delivered according to potential.

Rohit Sharma and Quinton de Kock have been dangerous at the top; Suryakumar Yadav and Kieron Pollard have delivered under pressure; Hardik Pandya is still in the hunt for the MVP award, while brother Krunal has done decently as well; Rahul Chahar has been crafty enough to be in contention for the Emerging Player award; and Jasprit Bumrah and Lasith Malinga, in tandem or otherwise, have shown how good death bowling can be.

What about Chennai, then? Shane Watson and Faf du Plessis have peaked at the right time as a pair, as has Dwayne Bravo with ball; Imran Tahir is two wickets short of the Purple Cap; Harbhajan Singh and Ravindra Jadeja, even Mitchell Santner, have been potent enough to make leaving anyone out a difficult ask; Deepak Chahar has made the most of the conditions with the new ball; and then, there is the omnipresent Suresh Raina.

Towering above them all is Thala. As in last season, MS Dhoni’s aura, leadership skills, and supreme, often counterintuitive strategies have been instrumental in the journey of Chennai’s “Dad’s Army”. Will it be too much to expect one more time?

This is where Mumbai holds a clear upper hand, winning 16 and losing 11 matches. They have won their last 4 matches against Chennai, one in 2018 and three this season including Qualifier 1.

Mumbai were reduced to 21/2 before Surya (71* in 54) added 80 with Ishan Kishan. Tahir then took two in two, but Surya stayed put to pull off a 6-wicket win in the company of Hardik, with 9 balls to spare.

Rahul Chahar (Mumbai Indians): At 6.83 an over, teenage Rahul has outdone even elder brother Deepak. He has bothered batsmen throughout the tournament with his variations and age-defying maturity, and has lifted himself against Chennai. He was their best bowler even in Qualifier 1.

Deepak Chahar (Chennai Super Kings): Chahar has not missed a single match, has taken 19 wickets, gone for 7.53 an over, and has bowled 173 dot balls in the tournament, more than anyone. While the spinners have largely called the shots for Chennai, Chahar has been impeccable in the Powerplay and at the death, and often in those mid-innings 1-over spells.

Mumbai have won the last four matches. They are likelier to win a fifth on a trot here.