Gaikwad, Conway give CSK a much-needed victory against SRH

Gaikwad, Conway give CSK a much-needed victory against SRH 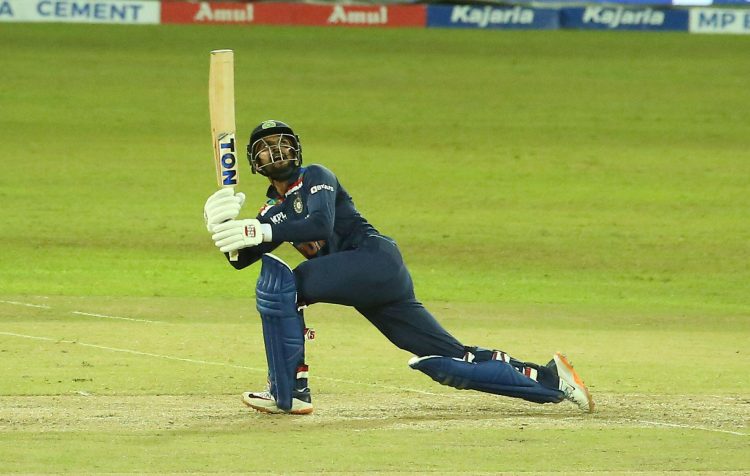 Powered by a fantastic partnership from openers Ruturaj Gaikwad and Devon Conway, the Chennai Super Kings finally got back to winning ways in IPL 2022 against the Sunrisers Hyderabad at the MCA Stadium in Pune. Gaikwad (99 off 57) and Conway (85* off 55) shared a season-high partnership of 182 to take CSK to 202 for two before four wickets from Mukesh Choudhary helped the team close out the victory by 13 runs in MS Dhoni’s first match back as captain.

In contrast to their title-winning campaign in 2021, Chennai have struggled to get consistent runs from their openers this season, but that trend was finally reversed against the Sunrisers, with Conway and Gaikwad sharing CSK’s highest partnership in IPL history. The openers got off to a steady start to the innings, taking CSK to their highest powerplay score of the season at 40 for no loss. The pair were measured against the new-ball pairing of Marco Jansen and Bhuvneshwar Kumar early on but eventually cut loose against Aiden Markram and Umran Malik through the middle period, who conceded a whopping 70 runs between overs 8 to 12.

Gaikwad started the onslaught with a four and a six against Umran Malik and hit another couple of boundaries in the pacer’s next over to reach his half-century in 33 deliveries. The 2021 orange cap winner also smashed consecutive sixes over long-on against the off-spin of Aiden Markram – who was bowling due to an injury suffered by Washington Sundar – before creaming a gorgeous lofted cover drive for six against Umran Malik in the 12th over.

Devon Conway, meanwhile, was the more cautious of the two openers at the start but eventually got going with a four and a six against Markram before taking 20 runs in the 15th over from Marco Jansen to bring up his maiden IPL fifty. Ruturaj Gaikwad entered the 90s with a stylish pull against T Natarajan, but the batter was dismissed on 99 in the left armer’s next over, gingerly guiding a catch to backward point to fall just one run short of a century.

Devon Conway hit a pair of boundaries in the final over to take CSK to 202, and in response, SRH came out the blocks firing in the run chase, with Abhishek Sharma continuing his fine form throughout the tournament. The left-hander went after the inexperienced duo of Simarjeet Singh and Mukesh Choudhary to help SRH score 46 runs in the first four overs, but the left-armer made a good comeback in the final over of the powerplay, dismissing Sharma and Tripathi in consecutive deliveries.

The CSK spinners applied the brakes to the scoring through the middle period to make things harder for SRH, with Ravindra Jadeja and Maheesh Theekshana conceding just 41 runs in their seven overs. Aiden Markram and Kane Williamson both lost their wicket while trying to up the tempo, while Mukesh Choudhary picked up another couple of wickets and conceded just six runs in the 18th over to seal CSK’s third victory of the season.