Cummins’ blitzkrieg sends KKR to the top of the table

Cummins’ blitzkrieg sends KKR to the top of the table 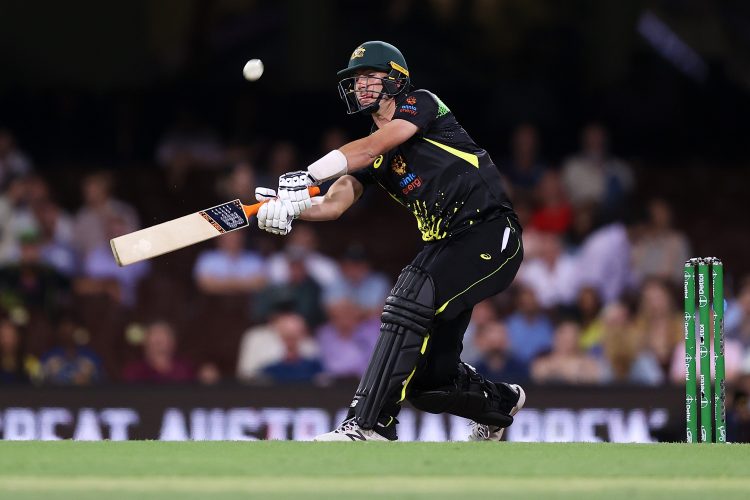 Pat Cummins smashed the joint-fastest fifty in IPL history off 14 balls to hand the Kolkata Knight Riders a remarkable victory over the Mumbai Indians at the MCA Stadium in Pune. Coming in with 61 required off 41 deliveries, Cummins completely changed the complexion of the match for KKR, smashing four fours and six sixes in the blink of an eye to help the Men in Purple chase down Mumbai’s target off 161 with four overs to spare.

The Australian captain walked in with KKR in a tricky position, having just lost their star-man Andre Russell and two overs of Jasprit Bumrah in the kitty for Rohit Sharma. However, Cummins wasted no time at the crease, launching his second ball from Tymal Mills into the stands on the leg-side before guiding his third behind backward point for four.

From that point on, there was no stopping Cummins. Even Bumrah tasted the wrath of his scintillating striking as the Australian took the pacer for two boundaries in the 14th over to leave KKR needing 35 runs off the final five overs. For Cummins, though, all it took was six deliveries to close out the game as the Australian launched an astonishing 35 runs in the 16th over of his countryman Daniel Sams, smashing four towering sixes and two fours. In the process, Cummins equalled KL Rahul’s record for the fastest 50 in the IPL, while Sams joined some unwanted company as he bowled the third-most-expensive over in IPL history.

Earlier, Mumbai put on 161 runs in the first innings thanks to some phenomenal batting from the youngsters Dewald Brevis and Tilak Verma, along with the returning Suryakumar Yadav. The five-time champions started slowly as Rohit Sharma and Ishan Kishan struggled against some accurate new ball bowling from Umesh Yadav and Rasikh Salam. However, despite both openers managing just a combined 17 runs off 33 deliveries, Mumbai still got off to a decent start in the powerplay thanks to the genius of the debutant Dewald Brevis.

Replacing Tim David in the XI, the 18-year-old showed glimpses of his other-worldly talent in a power-packed cameo off 29 from 19. Mumbai continued to struggle after Brevis was dismissed in the 8th over by Varun Chakravarthy, with Suryakumar Yadav struggling for his timing early on. The India international finally got going towards the back end of the innings, adding 83 runs in 49 deliveries alongside the left-hander Tilak Verma.

Both Yadav and Verma took the attack to the KKR spinners, Narine and Chakravarthy, and along with some assistance from Kieron Pollard in the final over, helped Mumbai put on 76 off the last five overs.