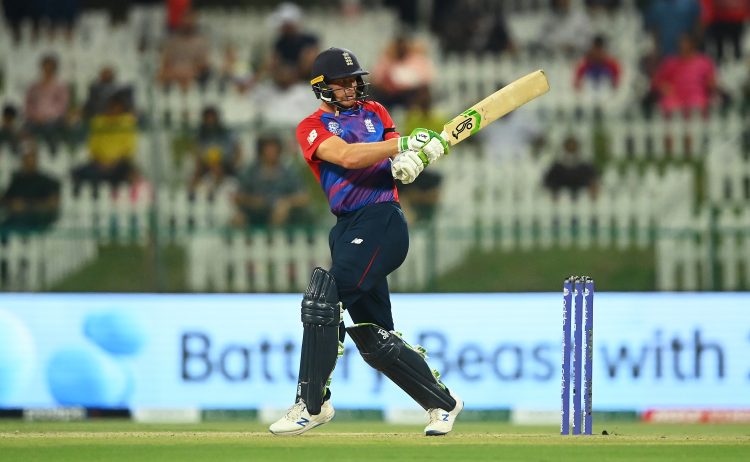 On the 15th anniversary of the Indian Premier League, Rajasthan Royals and Kolkata Knight Riders delivered another IPL classic at the Brabourne Stadium in Mumbai, with Sanju Samson’s side winning a high-scoring thriller by seven runs. After Jos Buttler’s century powered the Royals to 217 for five in the first innings, Yuzvendra Chahal picked up a stunning five-wicket haul to turn the game on its head in the run-chase and give Rajasthan a narrow victory.

The Brabourne Stadium has been the best batting surface of the tournament so far, and Jos Buttler made the most of the flat pitch to give Rajasthan a lightning start in the powerplay. After taking the opening two overs to get his eye in, Buttler smashed 16 runs in the third against Umesh Yadav before creaming a four and a six off Varun Chakravarthy. Buttler scored 46 of Rajasthan’s 60 runs in the powerplay and reached his 29th ball fifty in just the seventh over. The Englishman took no risks against Sunil Narine – who was playing his 150th game for the franchise – but dished out the carnage against the rest of the KKR attack, smoking Umesh Yadav for another couple of boundaries in the ninth.

The opener shared an excellent partnership of 67 from 34 balls alongside Sanju Samson (38 off 19 deliveries) after Devdut Padikkal’s dismissal and brought up his second century of the season with a straight six over long-on against Pat Cummins.

Buttler was dismissed off a top-edge two balls later, and Rajasthan scored just ten runs collectively off overs 18 and 19 due to a flurry of dismissals. But, Shimron Hetmyer ensured the Royals finished on a strong note, creaming Andre Russell for two sixes and a four in an 18-run final over.

Chasing 218, KKR got off to a terrible start with Sunil Narine run-out without facing a single ball. However, Aaron Finch immediately made amends for that mishap as the Australian captain got off to a flyer, hitting a pair of boundaries against Trent Boult before plundering Ravichandran Ashwin for a six off the final ball of the powerplay, in which KKR managed to score 57 runs. Finch also hit a trio of fours in Yuzvendra Chahal’s opening over and took a liking to RR pacers Obed McCoy and Prasidh Krishna to bring up his half-century in 25 deliveries.

Finch was dismissed on 58 by Prasidh Krishna, but Shreyas Iyer took over the scoring duties after that, creaming R Ashwin for sixes in consecutive overs to leave KKR needing 84 off 48 deliveries with eight wickets in hand. However, from that point onwards, the KKR innings slowly started to unravel as R Ashwin cleaned up the dangerous Andre Russell for a golden duck before Yuzvendra Chahal bowled the game-changing 17th over, in which he picked up four wickets – including a hat-trick – to leave Kolkata reeling at 180 for eight.

There was still time for one more twist as Umesh Yadav smashed 20 runs from the next over from Trent Boult, but Obed McCoy held his nerve on his IPL debut to remove both Yadav and Jackson in the final over and give RR a famous victory by seven runs.