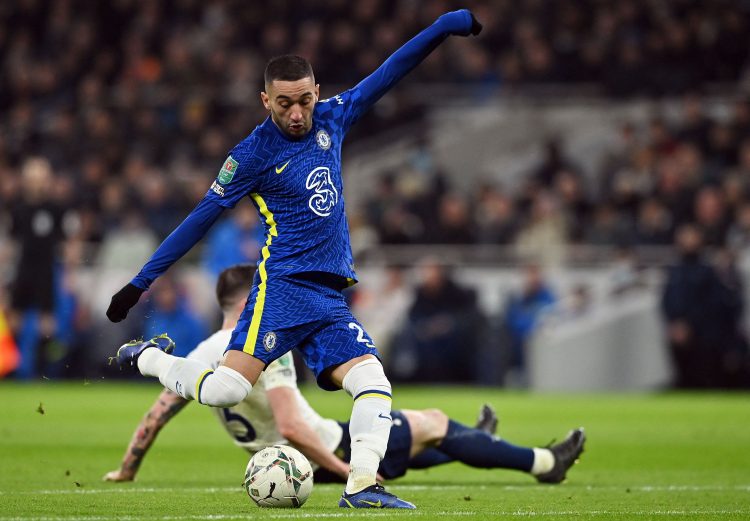 It was an unhappy return to Stamford Bridge for Antonio Conte as the former Chelsea manager suffered his first Premier League defeat in Tottenham colours with the Blues emerging as comfortable 2-0 victors. A stunning piledriver from Hakim Ziyech and a glancing header from Thiago Silva in the second half was enough for Chelsea to secure their third victory over Tottenham in the last three weeks, following their two wins over Spurs in the semi-finals of the Carabao Cup.

With this win, Chelsea also open an 11-point gap over their rivals in the Premier League standings, thereby cementing their top-four credentials and staying within touching distance of the top two teams, Liverpool and Manchester City.

The Blues made the stronger start to the match and could have taken away the game from Spurs inside the first ten minutes itself, with Romelu Lukaku and Callum Hudson Odoi both receiving excellent chances to open the scoring. However, Chelsea remained wasteful through the first half in front of the goal, and Tomas Tuchel’s men nearly paid the price for their inaccuracy as Harry Kane put the ball in the back of the net on the eve of half-time. Unfortunately for Tottenham, their celebrations were short-lived as the English striker was penalised for a push on Thiago Silva in the lead up to that goal, much to his and Antonio Conte’s dismay.

Chelsea eventually broke the deadlock right after the break with Callum Hudson Odoi driving at the Tottenham backline before setting up Hakim Ziyech, who unleashed a ferocious shot from outside the box into the top corner, leaving Hugo Lloris motionless on the goal-line. The Moroccan nearly doubled his tally moments later with another stinging drive from distance, but Hugo Lloris was equal to the task the second time around, diving to his right to produce a stunning save.

However, Chelsea did eventually find the crucial second goal a few moments later when the ageless Thiago Silva headed home emphatically from a Mason Mount set piece to give the Blues some comfort. Tottenham did ask some questions of their London rivals in the second half with Harry Kane testing Kepa Arrizabalaga from a corner, but the Chelsea defence remained resolute to seal an important three points at Stamford Bridge.

With this victory, Chelsea snapped an unwanted four-game winless streak in the Premier League that stretched back to Boxing Day 2021 and cut down the gap to Liverpool in second place to just one point. Tottenham, on the other hand, suffered their first league defeat since October which puts a dampener on their Champions League hopes as they slip down to seventh in the points table, two points behind Manchester United in fourth place.