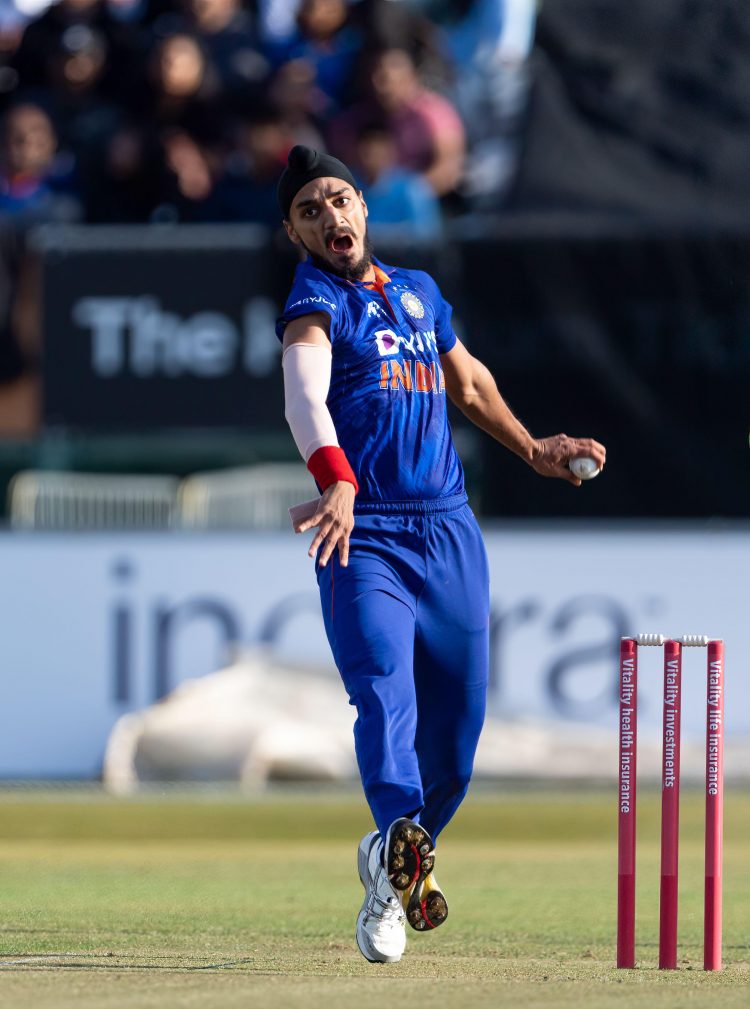 India extended their unbeaten run in T20 series’ since the 2021 T20 World Cup as the Men in Blue comfortably dispatched the West Indies 4-1 in the Caribbean. Despite missing established stars such as Virat Kohli, KL Rahul, and Jasprit Bumrah in this series, India dominated the Men in Maroon thanks to excellent individual performances from Arshdeep Singh and Suryakumar Yadav.

Here is our report card for the series.

Suryakumar Yadav received a promotion up the order to open the innings against the West Indies, and the right-hander made most of the opportunity, finishing as the highest-run-scorer in the series. Yadav amassed 135 runs in four matches at a strike rate of 168 – including a dazzling 44-ball 76 in the third T20I – and the opener ensured that India got off to a strong start in the powerplay in each innings this series.

After impressing on his debut in England, Arshdeep Singh built on his strong start at the highest level with a player of the series performance against the West Indies. Singh finished with the best economy rate amongst all pacers across both sides in the series, conceding just 6.5 runs an over to go along with his seven scalps. The left-armer excelled across all three phases of the innings against Nicholas Pooran’s side, and following Harshal Patel’s injury, Singh has put himself in contention for a starting berth in India’s World Cup squad.

Rohit Sharma was back to his best in the shortest format against the West Indies as the Indian skipper scored his first T20 half-century of the year in the opening encounter in Trinidad. Sharma was the poster boy for India’s new attacking approach in this series, with the opener scoring 108 runs in four innings at a strike rate of 163, the second highest amongst all batters after Suryakumar Yadav.

It was a series to forget with the ball for Avesh Khan, who finished with an economy rate of 10.14 in four matches at an average of 38. Khan bowled the decisive no-ball in the final over of the second T20I to give the West Indies their only victory of the tour before conceding 47 runs in just three overs in the next encounter at Warner Park. To his credit, Khan pulled things back nicely in Florida as he set up the visitors’ victory with a spell of two for 17 that rattled the West Indies top order.

After a run of failures in T20Is for India, Rishabh Pant produced a much better showing against the West Indies in his middle-order role. Although a big score continues to elude the left-hander, Pant finished the series with 115 runs in four innings at a healthy strike rate of 141 and played important knocks in the 3rd and 4th T20Is to take India over the line.