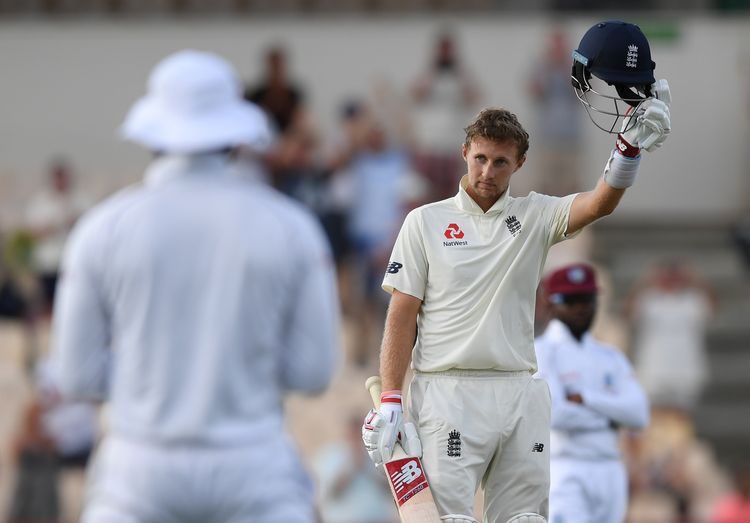 England lead by 448 with 6 wickets in hand at stumps on Day Three at Gros Islet after Joe Root scored his 16th Test hundred.

At Darren Sammy National Stadium, Gros Islet, St Lucia, England are finally eyeing a win after being routed comprehensively in the first two Tests and conceding the Wisden Trophy. They lead by 448 with 6 wickets in hand and two days left. With Joe Root and Ben Stokes at the crease and Moeen Ali to follow, they are expected to go for the kill early in the day.

Joe Denly (69) broke the shackles to register his maiden Test half-century, while Jos Buttler (56) got his second of the Test. But the star of the day was Root, who shrugged off poor form to carve out his 16th Test hundred, one of his more difficult ones. He will resume the day on 111.

Anything but an England win is unlikely here. West Indies may be asked to bat out five sessions to save the Test. The pitch is not easy to bat on, but as Root demonstrated, it can be done.

Kraigg Brathwaite and John Campbell have ensured the West Indians have not lost a wicket before fifty in the series, while every single batsman in the middle order has got at least one fifty. The batsmen have shown the willingness to curb natural instincts to bat for hours. This time, however, it is going to be steep.

West Indies had struck with the first ball of Day Three, when Rory Burns hit Keemo Paul straight to square-leg. Denly came out with an aggressive mindset, steering the first ball he faced to the third-man boundary. Then Shimron Hetmyer dropped him in the slips off Shannon Gabriel.

Denly then played an exquisite cover drive off Gabriel. Paul collapsed on the ground while chasing the ball and had to be stretchered off. That, coupled with Darren Bravo’s injured finger, simply added to West Indies’ agony.

Keaton Jennings was somewhat unfortunate in getting bowled. He missed a ball from Alzarri Joseph. The ball hit his thigh pad and rolled on to the stumps.

Root’s first five innings had yielded a mere 55, and he seemed determined to score big here. He took his time but held the fort, allowing Denly to bat aggressively. Denly reached fifty shortly after lunch, off 72 balls, not hesitating to even slash over slip or gully. He eventually edged one to Shane Dowrich off Gabriel.

Root scratched around, managing just 27 in the second session. His fifty took 120 balls, but by then West Indies, having lost Paul, had Roston Chase and Kraigg Brathwaite bowling in tandem.

Kemar Roach bowled Buttler with the second new ball. He bowled spiritedly, beating both edges of Root, but for the batsmen it was the matter of seeing off one spell. As the West Indians strayed in both line and length, Root reaped rewards of a day’s perseverance with deft leg-glances and emphatic straight drives.

Root brought up his hundred with a straight drive off Gabriel. His first fifty had taken him 120 balls; the second one, 69.