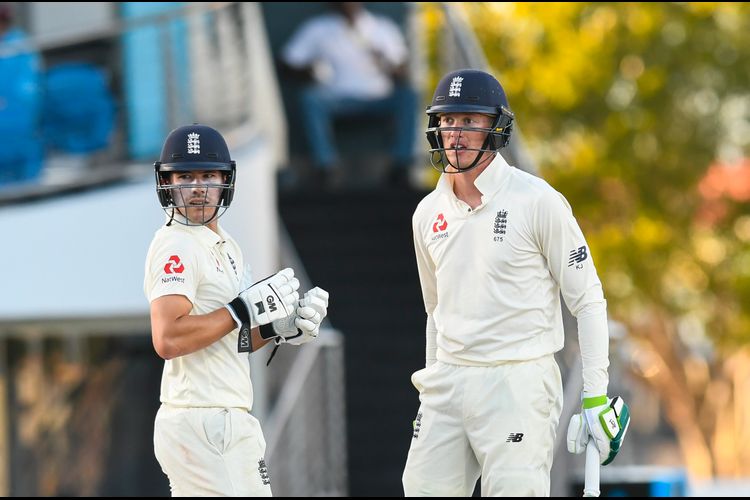 Finally,in their third attempt, England are firmly in control of a Test match. With all 10 wickets in hand, they are ahead by 142 runs at stumps on Day Two. Having seen off ten overs of serious pace towards the end of a day where 16 wickets fell, Rory Burns and Keaton Jennings will resume batting at Darren Sammy National Stadium, Gros Islet, St Lucia.

England will look to grind the West Indian bowlers for as long as possible. Joe Root has not been in form, but Jos Buttler, Ben Stokes, Jonny Bairstow, and Moeen Ali have all got at least one fifty in the series.

The England batting-order has crumbled against some top-quality fast bowling throughout the series, but this time the pressure will be on the bowlers, and that may make a difference.

A target in excess of 250 is difficult under any circumstances, especially for a side that has collapsed for 154 in the first innings. West Indies should take hope from the fact that England’s top three looks brittle and Root is not among runs. If they can get through the top four in the first hour, they may stand with a chance of keeping the target under 275, if not 250.

However, the odds lie with England. A day, or even two sessions of batting may decide the match in their favour.

England began Day Two on 231/4 but could add only another 46. In the third over of the morning, Shannon Gabriel bowled Buttler (67) through the gate with sheer pace. Then Kemar Roach, who had gone without a wicket on Day One, ran through the lower order.

He first got Stokes (79), who top-edged a pull and Shane Dowrich covered a lot of ground, then dived to take an outstanding catch at deep square-leg. Then he ended Bairstow’s uncomfortable stay with a fast pitched-up ball, and rounded things off by having Stuart Broad caught at deep fine-leg and James Anderson at slip. Meanwhile, at the other end, Alzarri Joseph had Moeen caught at slip.

Kraigg Brathwaite and John Campbell added 57, their fourth fifty-run stand in as many attempts in the series. Then Brathwaite holed out uncharacteristically to deep mid-wicket off Moeen, who had come on first-change. The batsmen had crossed, and Moeen got Campbell (41) leg-before next ball.

Mark Wood had been left out in the cold throughout the series. His performance on the second afternoon showed why that had been an error. He was fast, bowled the perfect length, and his height helped produce the necessary extra bounce.

Wood started by having Shai Hope and Roston Chase having caught at gully off consecutive deliveries and then Shimron Hetmyer and Darren Bravo at slip. Keemo Paul, drafted in for the banned Jason Holder, was left stranded against one from Moeen that drifted away. West Indies were suddenly reduced to 104/7.

Dowrich (38) played his shots, adding 41 crucial runs with Roach for the eighth wicket. Then Broad came to the scene. He first trapped Dowrich leg-before, then ran backwards from mid-off to take an excellent catch to get Joseph. Wood got the last wicket, his fifth of the innings, by bowling Gabriel with a fast yorker. West Indies finished 123 behind.