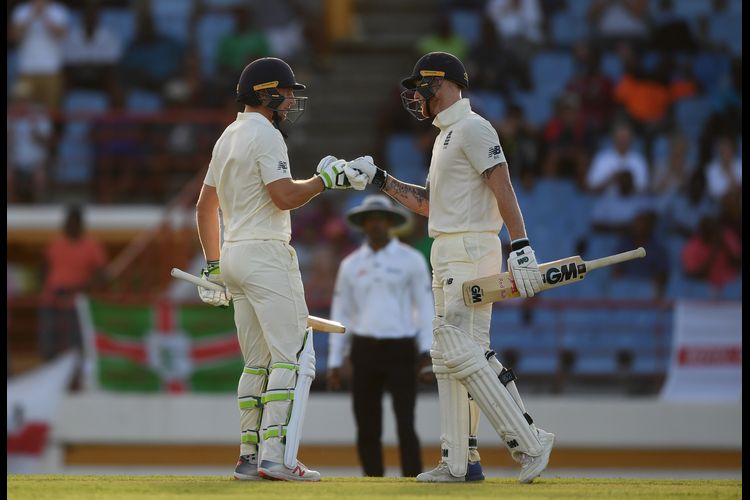 With some fortune going their way, it should not take West Indies long to get England bowled out

Followers of the ongoing series must have had a sense of déjà vu when West Indies reduced England to 107/4, but Jos Buttler (67*) and Ben Stokes (62*) thought otherwise. They stayed put amidst some genuinely hostile bowling to help England finish Day One on 231/4. For the first time in the series did England have the better of a day.

To be fair, however, the West Indian fast bowlers – Kemar Roach, Shannon Gabriel, Alzarri Joseph, and Keemo Paul – kept coming at the English batsmen throughout the day. They beat the bat, got edges that went down, did not go for a DRS that would have got them a wicket, and had a decision overturned once a no-ball was revealed.

But they will be back after a night’s rest. If they bowl the way they did on Day One and have some fortune going their way, it should not take them long to get England bowled out.

England, on the other hand, will back Buttler and Stokes to bat for as long as possible. They have some buffer in Jonny Bairstow and Moeen Ali, and will try to push the score to as close as 400 as possible. They have a good pace attack in James Anderson, Stuart Broad, and Mark Wood, with perhaps Stokes being fit enough to bowl a few overs. They may well end up on top at stumps if they put up a decent score.

England decided to bolster their fragile top-order by playing all three openers. Keaton Jennings and Rory Burns opened batting. Jennings had a torrid time against the new ball after West Indies opted to bowl. He survived a leg-before appeal against Roach (he would have been given out, but the West Indians did not opt for DRS). Then he was dropped at slip, once again off Roach.

His 43-ball suffering ended when he edged Paul’s first ball of the Test to slip. Drafted in for Jason Holder – banned for the Test – Paul looked at ease with the ball throughout the day.

Joe Denly looked more composed than Jennings till Gabriel returned for a particularly hostile spell. Gabriel beat both edges consistently and hit Denly on the ribs. Denly also survived a run out to earn five for overthrows.

At the other end Burns scored 29 in almost three hours before Paul got him leg-before. Joe Root survived a leg-before appeal and was beaten outside off in the same over.

Gabriel then had Denly leg-before in the next over, had Buttler dropped at slip, and kept peppering Buttler with bouncers. At the other end Root inexplicably continued to chase, edge, and somehow survive against Paul’s out-swingers. He eventually edged one to wicketkeeper Shane Dowrich off Joseph.

Stokes survived some anxious moments as Paul kept finding his edge, albeit without success. He almost chopped one on to the stumps off Joseph. Then he opened up, driving straight and cutting hard. Buttler, too, joined in with two fours through cover.

Both men reached their fifties and saw the day off, and for the first time in the series, England seemed to dominate proceedings. The partnership was not without action. Both batsmen were beaten outside off and rapped on the gloves several times. But eventually they added an unbroken 124 at 3.53 an over – a significant improvement on the contribution of the first four partnerships (107 at 2.24).

But the most dramatic moment of the evening came when Stokes tried to pull Joseph and ended up lobbing it back to the bowler. Joseph took the catch. Television cameras revealed that Joseph had overstepped. By then Stokes had returned to the pavilion, but the next ball had not been bowled.

The umpires recalled Stokes keeping in accordance with the Law 31.7 (“A batsman may be recalled at any time up to the instant when the ball comes into play for the next delivery”). This version had come into being in 2017.

West Indies ended up bowling seven overs fewer in the day. Kraigg Brathwaite used Roston Chase for 10 overs and bowled 4 himself, but they were not enough for them to escape the threat of a potential penalty.