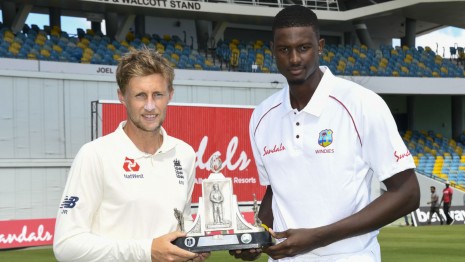 WI vs Eng, 1st Test: All you need to know about West Indies vs England series opener at the Kensington Oval, Barbados.

West Indies will host England for a three-Test series in January and February, an unconventional window for the venues that typically play host to international matches between April and August.

England whitewashed Sri Lanka at their den after beating India 4-1 at home. That solitary defeat against India has been their only one in their past nine Tests. Conceding the Ashes in Australia and being unable to defeat Pakistan at home seem distant memories.

West Indies are coming into this series after being thrashed in both India and Bangladesh. However, they had impressed in the two home series last year, against Sri Lanka and Bangladesh. On the other hand, their last series win against any country other than Bangladesh and Zimbabwe, home or away, came way back in 2012; and they have not won a series against England in a decade.

Kensington Oval used to be West Indies’ fortress till 1994. While that aura is a thing of the past, they have managed to retain a decent record here. They have won three of their last five Tests at the ground, two of those victories coming against Pakistan and England.

2018 was a watershed year for Jason Holder, whose form with both bat and ball and pushed ICC to pick him in their Test XI of the year. His return will help boost the morale of the home side.

Holder will add variety to an out-and-out pace attack consisting of Shannon Gabriel, who had taken 20 wickets in 3 Tests in the home series against Sri Lanka, and Kemar Roach, who had blown Bangladesh away in a session.

Kraigg Brathwaite, Shane Dowrich, Roston Chase, and Shai Hope are all certainties. For spin, there will be a toss-up between the experienced Jomel Warrican and the uncapped all-rounder John Campbell. Shamarh Brooks, the Barbadian captain, may make his Test debut.

Sam Curran could have been an obvious pick on most surfaces, but the pitch here typically offers pace and bounce, which may leave Joe Root in a dilemma. While Curran has been excellent with bat and canny with ball, Stuart Broad’s extra pace may come handy on this surface.

With England already boasting of several all-rounders, the selectors may pick Broad as the third seamer of an attack consisting of James Anderson and Ben Stokes.

Jack Leach, who was excellent in the unfamiliar conditions in Sri Lanka, should play ahead of Adil Rashid to partner Moeen Ali.

As in Sri Lanka, England are likely to field their three wicketkeepers. Ben Foakes, the best gloveman of the three, is likely to keep wickets, and Jos Buttler and Jonny Bairstow should play alongside him. Rory Burns and Keaton Jennings will bat at the top.