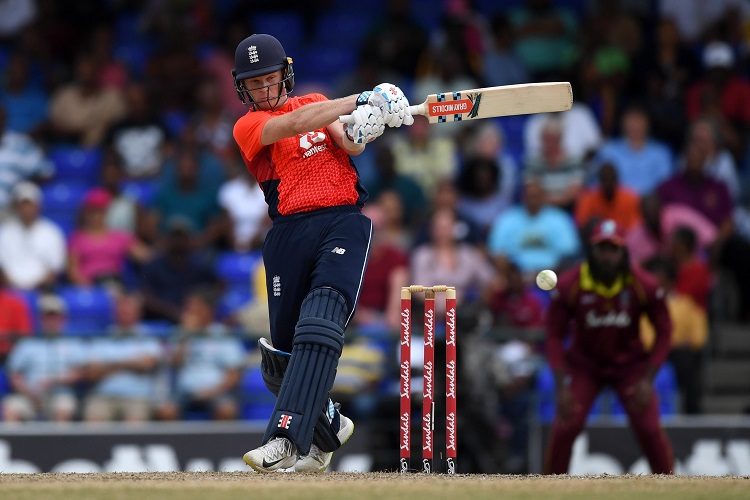 England had beaten West Indies in the first T20I of the three-match series by 4 wickets with 7 balls to spare, at Darren Sammy International Cricket Stadium, Gros Islet, St Lucia. But that was nothing compared to what followed in the second match, at Warner Park, Basseterre, St Kitts.

To be fair, West Indies started well, their seamers reducing England to 32/4 after 32 balls. But they could not go past Joe Root (55 in 40 balls), who stayed put as well as rotated strike to allow Sam Billings to go berserk. Billing's 47-ball 87 helped England post 182/6.

West Indies were bowled out for 45 in 11.5 overs, the second-lowest all-out total in the history of T20Is. Only Netherlands (39 against Sri Lanka in the 2014 World T20) had scored fewer.

While both teams will want to win the dead-rubber match, they will also aim to try out some replacements. Thus, John Campbell, Andre Russell, and Kemar Roach of West Indies may feature in the third T20I, as can Dawid Malan, Sam Curran, Moeen Ali, and Mark Wood of England.

Despite going two-up in the series, England still have some distance to go to catch up with the West Indians. They have won 6 and lost 11 against West Indies, and their win-loss ratio of 0.545 is their worst against anyone with a 3-match cut-off. On the other hand, West Indies' ratio (1.833) against England is their best against any country with a 5-match cut-off.

West Indies also hold a 4-3 advantage against England at home, but the three defeats have come in their last three clashes.

West Indies have played 7 T20Is at Warner Park till date. They had won 5 of the first 6, while one was called off after 28 balls. Their only defeat came against England, in the second T20I of the ongoing series and England's only match at the ground.

Jason Holder (West Indies): England have scored at almost 9 an over, but that was not due to Holder but despite him. Holder's figures - 4-0-26-1 and 4-0-29-0 - make impressive reading amidst the carnage. He has failed with the bat, he had to slog in the first T20I. In the second, he promoted himself after his side was 14/3, but it backfired.

Sam Billings (England): Billings made batting look easy by scoring almost twice West Indies' aggregate in the second T20I. A T20I strike rate of 142 (131 in all T20) makes ominous reading. Why not push him up the order to give Jonny Bairstow a rest?

West Indies to pull one back to ruin England's perfect party.