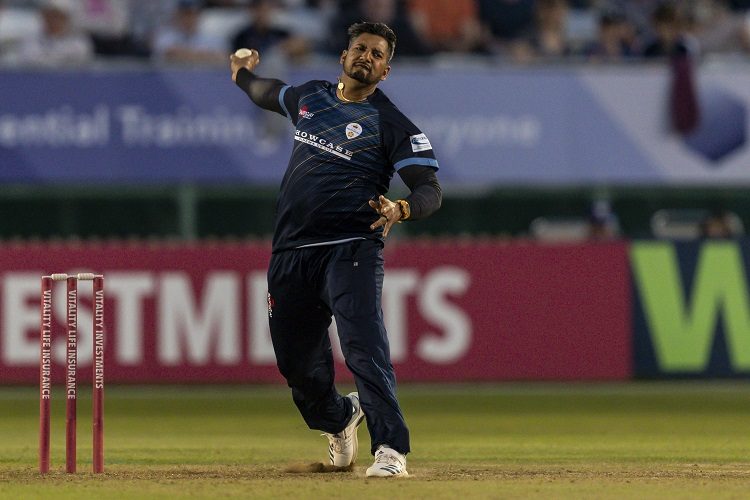 Dawid Malan's failure in the quarterfinal meant that he could not rise above the third position in the list of batsmen with most runs in the 2019 Vitality Blast. Babar Azam, 119 ahead of fifth-placed Sam Hain, still tops the chart. None of the batsmen in the top five will feature in the semi-finals.

Moeen Ali's outrageous 60-ball 121 not out, combined with AB de Villiers' rare failure, meant that the latter conceded the top spot in the averages chart to the former.

With a tournament strike rate of 175.3, Moeen also reached the fifth place.

Moeen's 11 sixes during his onslaught took his tournament tally to 25 – the most in the tournament.

Despite all that, Moeen finished 8 behind Cameron Delport's 129, still the highest score of the tournament.

Ravi Rampaul's only wicket helped him break away from Matt Parkinson and secure the top spot in the wickets chart on his own.

However, the excellent Parkinson still retained a place in the top five in the bowling averages chart, one still topped by Adam Lyth.

Josh Cobb is still the most economical bowler of the tournament. Matthew Carter arrived at fifth place.

There has been no change in the list of five best bowling figures of the tournament during the quarterfinals.

Tom Curran, Matty Potts, and Toby Roland-Jones remain the only three ones to take a hat-trick this time.