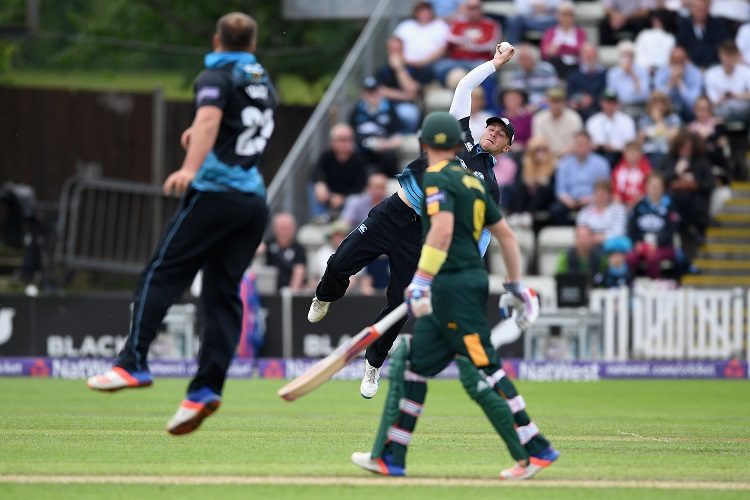 As is norm, the Finals’ Day of Vitality Blast 2019 will feature three matches – both semifinals and the final – played one after the other at the same venue (Edgbaston, this time). The first semi-final will feature Nottinghamshire Outlaws and defending champions Worcestershire Rapids.

The Rapids, who finished fourth in North Division, pulled off an upset of sort in the quarterfinals when they overran South Division toppers Sussex Sharks thanks to a terrific all-round show from Moeen Ali. Left out of the Test side, Moeen took it out on Sharks, first with 4-0-22-1 to restrict them to 184/6, then smash a 60-ball 121 not out to see the Rapids through in the 18th over.

Moeen may be the star attraction, but young Ed Barnard (strike rate 145, 11 wickets, 4-0-21-2 in the quarterfinal) is not too far behind. Riki Wessels and Ross Whiteley are in fine nick, while the unheralded Daryl Mitchell and Pat Brown are in excellent form with ball.

Having said that, the Outlaws are probably the better outfit of the two. They restricted a formidable Middlesex line-up (AB de Villiers, Eoin Morgan, Paul Stirling, Dawid Malan) to 160/8 and cruised to a 10-wicket win.

Captain Dan Christian (strike rate 144, 7 wickets) and Imad Wasim (strike rate 134, 10 wickets, economy 6.64) have been the fulcrum of the side throughout the tournament. The ageless Samit Patel has brought his experience to the forefront, stepping in with bat and ball at crucial junctures.

Alex Hales and Tom Moores have generally been destructive. Playing his first match of the tournament in the quarterfinal, Chris Nash smashed a 53-ball 74 not out to boost an already formidable batting line-up. Luke Wood, Harry Gurney, and Matthew Carter complete a very strong batting line-up.

Nottinghamshire have historically been the stronger side, having won 9 and lost 5 matches against Worcestershire.

Moeen Ali (Worcestershire Rapids): World Cup and Test cricket had kept Moeen away from Worcestershire duty for all but 5 matches, but he has risen to the occasion whenever he had time. He is also peaking at the right time, and will be the biggest threat for the Outlaws at Edgbaston.

Dan Christian (Nottinghamshire Outlaws): Christian’s smart bowling, big hits, excellent fielding, and canny leadership have been instrumental for the Outlaws so far. All he needs to do now is lead them – by example, of course – to two more wins.

Nottinghamshire are favourites, but not overwhelming favourites.