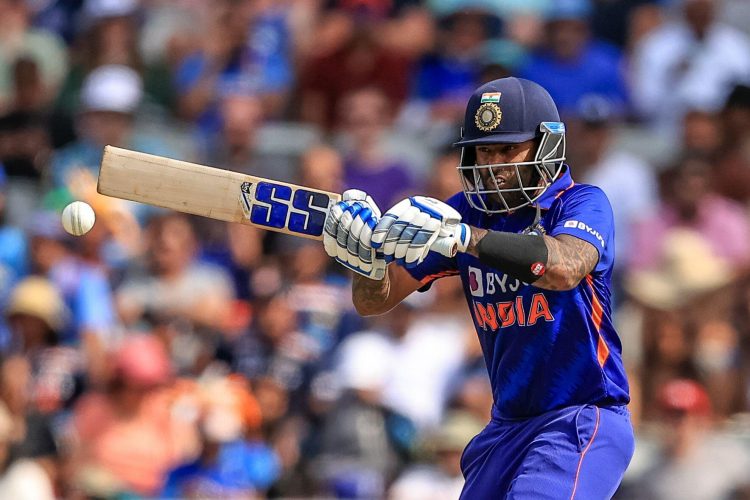 India got back to winning ways in the third T20I in St Kitts as the visitors comfortably beat the West Indies by seven wickets to take a 2-1 series lead. After Hardik Pandya and Ravichandran Ashwin restricted the hosts to 164 for 5, Suryakumar Yadav starred for the Men in Blue with the bat, scoring an elegant 76 off 44 balls to help India complete the highest successful T20I run chase at Warner Park in Basseterre.

Rohit Sharma snuck in a quiet one-run opening over from off-spinner Deepak Hooda after opting to bowl first, but Kyle Mayers punished any pace on the ball inside the powerplay to give the hosts a fast start. The left-hander opened his account with two leg-side boundaries against Avesh Khan before carving Bhuvneshwar Kumar for a couple of fours through the off-side with some deft touch and timing. Mayers also thumped Hardik Pandya for six over mid-wicket and collected a pair of fours against Ravichandran Ashwin with Brandon King to take the West Indies to 56 for no loss in seven overs.

However, after Ashwin and Pandya’s opening overs went for a combined 20 runs, the two bowlers pulled things back excellently for India through the middle. Pandya broke the opening partnership with the wicket of Brandon King, and the pair conceded just 28 runs between overs 8 to 13 to keep the scoring in check. Despite that tight spell from the two all-rounders, the West Indies still managed to finish with a par score of 164 as 80 runs came from the final seven overs due to some indisciplined bowling from Avesh Khan.

In response, India suffered an early setback as Rohit Sharma retired hurt after finding two boundaries in the second over due to some discomfort in his back. However, Suryakumar Yadav’s brilliance ensured that the tourists didn’t miss their captain’s presence at the crease. The opener began the proceedings with two fours against Obed McCoy in the first over before upper-cutting Alzarri Joseph over third man to help India score 56 runs in the powerplay.

The opener continued his assault once the field spread out, clearing the ropes against Jason Holder and slog-sweeping Akeal Hosein over square leg to bring up a 26-ball half-century. Yadav took the Men in Blue to 96 at the halfway mark with another couple of picturesque strokes against Alzarri Joseph, ramping the pacer for four over the keeper’s head after playing a gorgeous, lofted drive over long-off.

Yadav finally departed on 76 with India needing 30 from 33 deliveries and the game more or less wrapped up, and Rishabh Pant applied the finishing touches with a 26-ball 33 to comfortably take the visitors over the line with one over and seven wickets to spare.