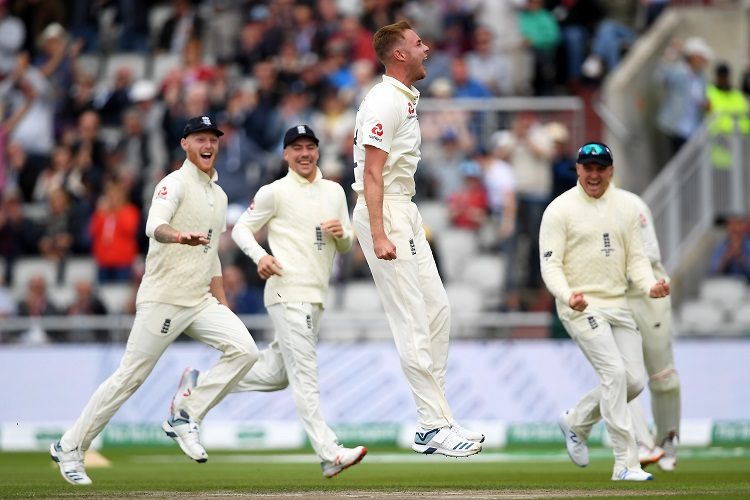 Had Vernon Philander (13*) and Keshav Maharaj (5*) not gritted out for 62 balls before stumps, England might have finished off the Port Elizabeth Test inside four days. As things turned out, South Africa finished the day on 102/6. South Africa still need 188 to save innings defeat with Dane Paterson, Anrich Nortje, and Kagiso Rabada yet to bat.

In other words, if rain does not intervene, the Test is headed for only one direction. Of course, it has rained on both Days 3 and 4, though England's outstanding over rate on Day 4 compensated for that.

South Africa managed to keep Dom Bess out in the second innings, but they imploded against Joe Root (4/31) after a double strike from Mark Wood (2/23). Wood knocked out the off-stump to send back Dean Elgar (15), then had Zubayr Hamza (2) caught behind down leg.

Then Root got all his wickets. Pieter Malan batted for nearly two hours for his 12 before he was trapped leg-before; Ollie Pope flew to his left at forward short leg to catch Rassie van der Dussen (10); Quinton de Kock (3) went for a needless lofted shot and was caught at point; and Faf du Plessis (36) was caught at forward short-leg.

Anrich Nortje (South Africa): Nortje averages only 12.33 in Test cricket, but he has faced, on an average, 58 balls per dismissal including 136 in the first innings. Can he be part of a historic blockathon?

Joe Root (England): Root had never picked up more than even 2 wickets in a Test match, let alone in an innings. He has bowled to a steady line in the second innings here; can he get a fifth?

England to win inside the first hour and go 2-1 up in the series.