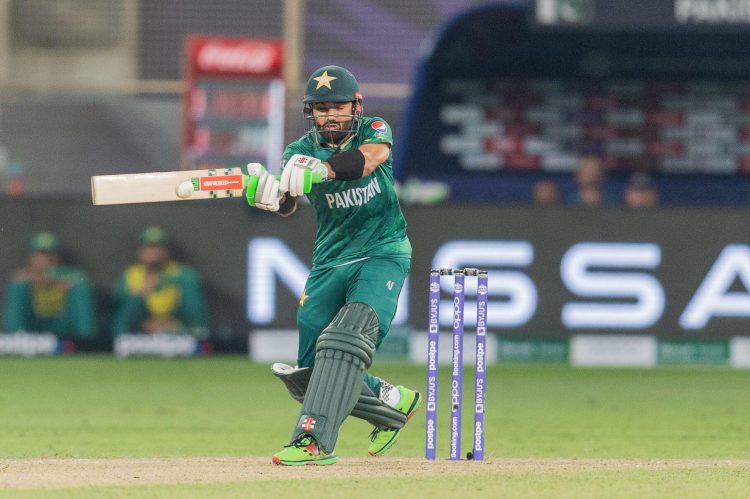 It was another last-over thriller between India and Pakistan in Dubai at the Asia Cup as Babar Azam’s side narrowly beat the Men in Blue by five wickets in their Super 4 encounter on Sunday. Virat Kohli’s half-century lifted India to a respectable first innings total of 181 for seven, but Pakistan managed to chase down the target with one ball to spare. Mohammad Rizwan led the charge with his 71 off 51 before cameos from Mohammad Nawaz (42 off 20) and Asif Ali (16 off 8) took them home by the barest of margins.

One week after losing to India while batting first, Babar Azam put India in to bat after winning the toss. Rohit Sharma gave the Men in Blue a fast start alongside KL Rahul, with 62 runs coming in the first six overs for the loss of just one wicket. The Indian skipper showed the first signs of aggression with an elegant four and six off Naseem Shah in the opening over before KL Rahul lofted the young pacer for a couple of sixes in the third over.

The pair brought up India’s half-century in just 4.2 overs before Pakistan finally found some respite with the wicket of Rohit Sharma in the sixth, the opener skying a Haris Rauf slower ball. His partner, KL Rahul, also fell on the first ball after the powerplay to Shadab Khan and the spinners dragged Pakistan back into the contest with a couple of quick wickets. Mohammed Nawaz removed Suryakumar Yadav on 13, while Shadab Khan had Rishabh Pant reverse sweeping one straight into the hands of Asif Ali.

India also lost Hardik Pandya for a duck to slump to 135 for five in 15 overs, and despite a second consecutive half-century from Virat Kohli, Pakistan closed out the innings superbly with just 46 runs coming off the final 30 deliveries.

Chasing 182, Pakistan lost Babar Azam inside the powerplay with the skipper tamely chipping a Ravi Bishnoi googly to Rohit Sharma at short mid-wicket. Pakistan lost further momentum with Fakhar Zaman playing a scratchy innings of 15 from 18, but Mohammad Rizwan anchored the innings perfectly while the promoted Mohammad Nawaz changed the game with his blistering cameo.

The left-hander tore into Hardik Pandya and Yuzvendra Chahal in his 20-ball 42 as Pakistan dominated the middle period, adding 78 runs between overs 9 to 15. Nawaz and Rizwan fell in consecutive overs after their 73-run association, but Arshdeep Singh dropped Asif Ali in the 18th over off Ravi Bishnoi to give Pakistan a lifeline. Ali made the most of his reprieve as he hit a six and two fours in the final two overs to take Babar Azam’s over the line with one ball remaining.