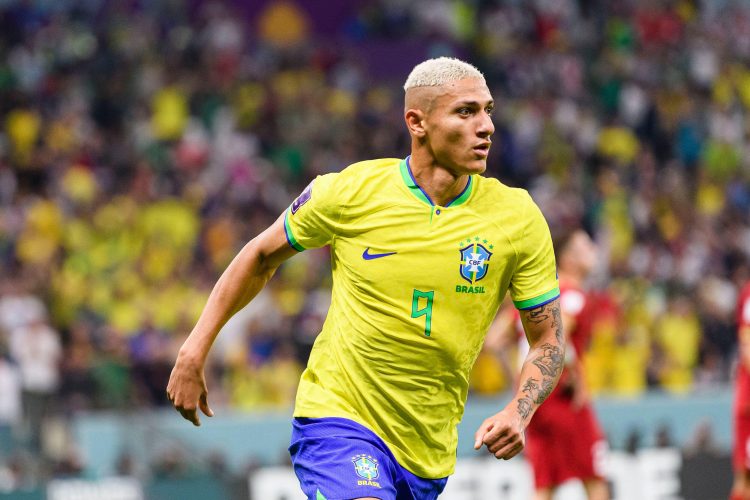 Brazil’s 2022 FIFA World Cup campaign began in sensational fashion as the South American giants breezed past Serbia with a 2-0 victory at the Lusail Stadium in Qatar. Serbia’s stubborn defence proved a hard nut to crack for Brazil throughout the opening period, but two goals from Richarlison after the break, including a stunning second strike, gifted the Selecao the victory to send them to the top of Group G.

Brazil entered this World Cup as the number-one ranked team in the FIFA standings and dominated the proceedings from the outset. Serbian goalkeeper Milinkovic-Savic was heavily involved in the action as he rushed out of his line to clear a Thiago Silva through pass before denying Raphinha’s effort at the half-hour mark.

It was a credit to the Serbian defence that the score remained 0-0 at the break, but Brazil’s attacking force could not be denied for too long.

Alex Sandro thundered the post with a strike from distance in the second half before Brazil finally unlocked the Serbian defence at the hour mark. Richarlison pounced on the rebound following Milinkovic-Savic’s save from Vinicius Jr’s curled shot and bundled home from close range to open the scoring on his World Cup debut. The Tottenham forward doubled his tally 11 minutes later with one of the contenders for the goal of the tournament. The 25-year-old neatly controlled Vinicius Jr’s cross before launching an extraordinary acrobatic strike from the edge of the area into the bottom corner.

The South American side could have had a third in the second half, but Casemiro’s effort struck the bar, while Milinkovic-Savic was equal to Rodrygo and Fred’s shots from the edge of the area., keeping the score at 2-0.

The only blemish on an otherwise perfect evening for Brazil was an injury for their talisman Neymar. The PSG forward was repeatedly fouled by the Serbian defence throughout the encounter and was eventually substituted in the 80th minute due to an injury to his right ankle. Neymar was pictured in tears on the Brazil bench following his substitution, and the Selecao faithful will have to wait for 24-48 hours on a medical update on the extent of the injury.

Brazil face Switzerland in their next group encounter on Monday in Doha – who also beat Cameroon in their first game – and another victory against the Swiss will cement their position on top of their table ahead of the knockout rounds.