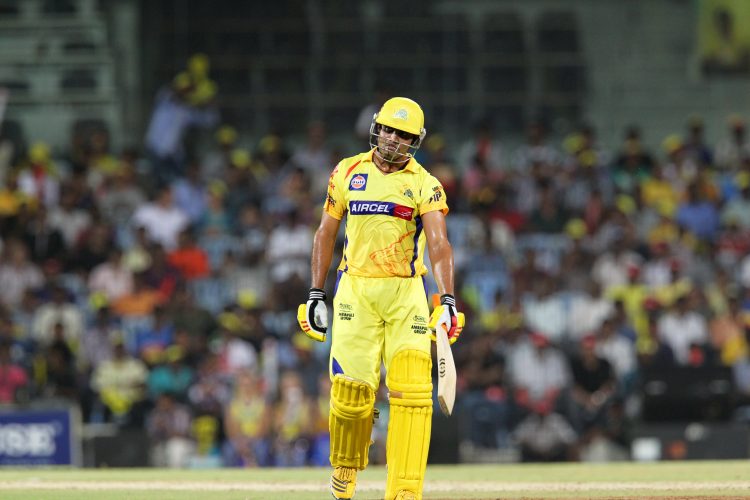 The Rajasthan Royals have added their name into the mix in the exciting playoff race in IPL 2021 after securing a thrilling win over table-toppers Chennai Super Kings on Saturday. It was a day for promising young Indian batters at Abu Dhabi as Ruturaj Gaikwad ran the show in the first innings, smashing his maiden IPL ton – with a six off the final ball of the innings – before Yashasvi Jaiswal and Shivam Dube stole the headlines for Rajasthan with a pair of thundering half-centuries. Buoyed by these two innings, the Royals ended up making a mockery of Chennai’s total of 189 and sealed the win with 2.3 overs to spare.

The Royals made five changes to the XI that lost last time out, but things started poorly for Sanju Samson’s side, with Ruturaj Gaikwad taking control for Chennai after being put in to bat. Although Gaikwad hit two boundaries off his first two overs – the opener started patiently and managed only 32 runs off his first 32 balls before attacking at the back half of the innings.

Gaikwad switched gears while the spinners came into the attack and smashed two consecutive sixes down the ground off Rahul Tewatia before carting the youngster Akash Singh for three boundaries in the 16th over. Gaikwad’s elegance and timing at the crease was a sight for sore eyes and the opener was provided great company by Ravindra Jadeja – who finished with a 15-ball 32 which included an astonishing six off Mustafizur while going down on one knee.

Gaikwad eventually got to his century off the final ball of his innings as he waited deep in his crease and creamed a delivery beyond the deep square leg boundary to become the youngest centurion in CSK history.

Chennai managed an astonishing 73 runs off the last five overs to take them to 189 – but the Royals hit back in the powerplay itself with Yashasvi Jaiswal and Evil Lewis going hell for leather from ball one. Evin Lewis went after Sam Curran with a four and six. while the teenager took a particular liking to Josh Hazelwood and creamed the Australian for 38 runs – including seven boundaries – in his first two overs in the powerplay.

Jaiswal showed relentless intent in the first six as he raced to a 19-ball half-century to help Rajasthan put on their highest powerplay score in IPL history with 81 runs. Although both openers fell on either side of this trailblazing powerplay, Shivam Dube continued the momentum for the Royals on his return to the side. Dube carted the spinners for three towering sixes before sending two Sam Curran full-tosses to the boundary.

The all-rounder reached his maiden IPL half-century off only 30 balls, and the Royals dutifully completed the run-chase in the 18th over to take another crucial two points and jump above the Mumbai Indians in the race for the playoffs.