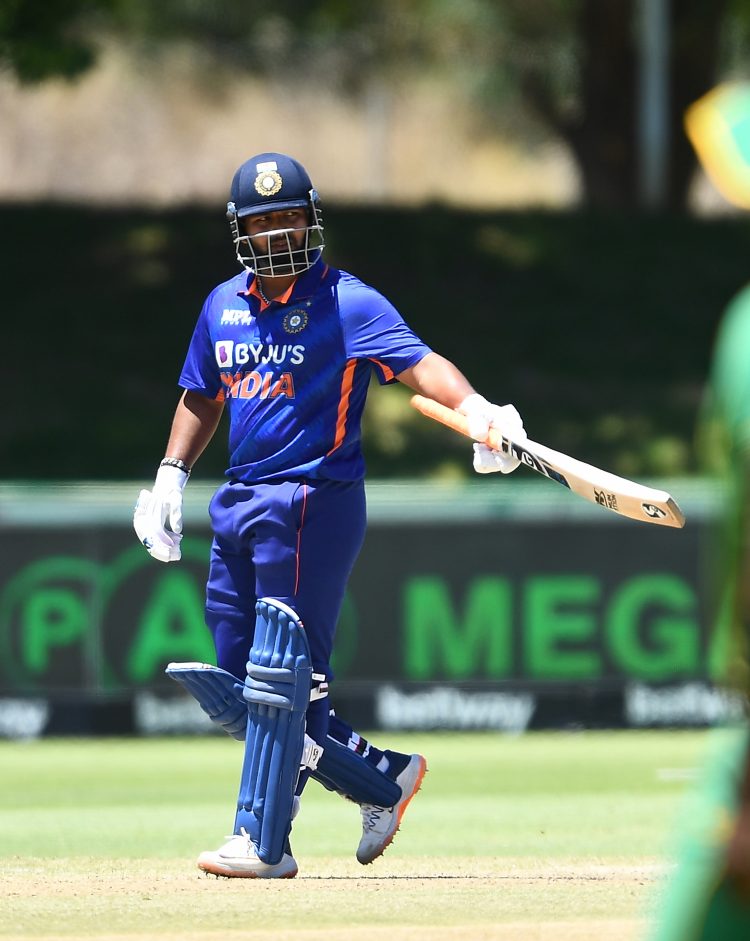 India fought their way to a series victory against the West Indies at the Eden Gardens in Kolkata with an eight-run win in the second T20I on Friday. After half-centuries from Virat Kohli and Rishabh Pant took India to 186 in the first innings, the hosts withstood an astonishing assault from Nicholas Pooran and Rovman Powell in the run-chase, as Bhuvneshwar Kumar and Harshal Patel held their nerve at the death to close out the win for the Men in Blue.

Fielding an unchanged XI, India got off to a poor start with the bat as Ishan Kishan’s troubles at the top of the order continued, with the left-hander struggling for his timing and departing after making just two runs in ten balls. Virat Kohli’s introduction, though, gave India the impetus they needed as the former captain creamed a flurry of boundaries and showed some positive intent to help the hosts put on 49 in the powerplay.

However, India once again struggled against the off-spin of Roston Chase, with the all-rounder removing Rohit Sharma and Suryakumar Yadav in quick succession before also bursting through the defences of Virat Kohli shortly after he reached his 30th T20I half-century.

Chase’s exploits reduced India to 106 for four in 13.4 overs, but the hosts were able to put on 80 runs off the final 38 deliveries thanks to two excellent cameos from Rishabh Pant and Venkatesh Iyer. Both left-handers began their innings with a boundary and took the charge to the West Indian pacers as the dew set in. Pant took 14 runs off Kieron Pollard’s only over and reached his fifty off 27 deliveries while Iyer impressed in his new finisher’s role, managing 33 off just 18 to take India to 186.

In reply, the West Indies got off to a slow start and failed to make the most of the field restrictions as the Indian seamers Deepak Chahar and Bhuvneshwar Kumar found plenty of swing with the new ball. Rohit Sharma also elected to bowl two overs of Yuzvendra Chahal in the powerplay, and the leg-spinner struck early on, removing Kyle Mayers for nine with a simple caught and bowled. His partner, Brandon King, struggled similarly, scoring only 22 runs in his 30 balls before holing out to Suryakumar Yadav at long-on.

The West Indies were way behind the eight ball at 60 for two after nine overs, but the visitors were kept in the contest by some brilliant ball-striking from Nicholas Pooran and Rovman Powell. The pair took full advantage of the dew and managed to score 71 runs between overs 12 to 17 to flip the game on its head.

The West Indies were the favourites with only 37 needed off the final 18 deliveries, but Harshal Patel conceded just eight runs off the 18th over thanks to some excellent slower deliveries before Bhuvneshwar Kumar followed that up by leaking just four in the penultimate over along with the wicket of Pooran. Rovman Powell kept the tourists interested with two strikes into the stands in the final over, but the Jamaican couldn’t connect on the final two deliveries as Harshal Patel closed out the win for India.