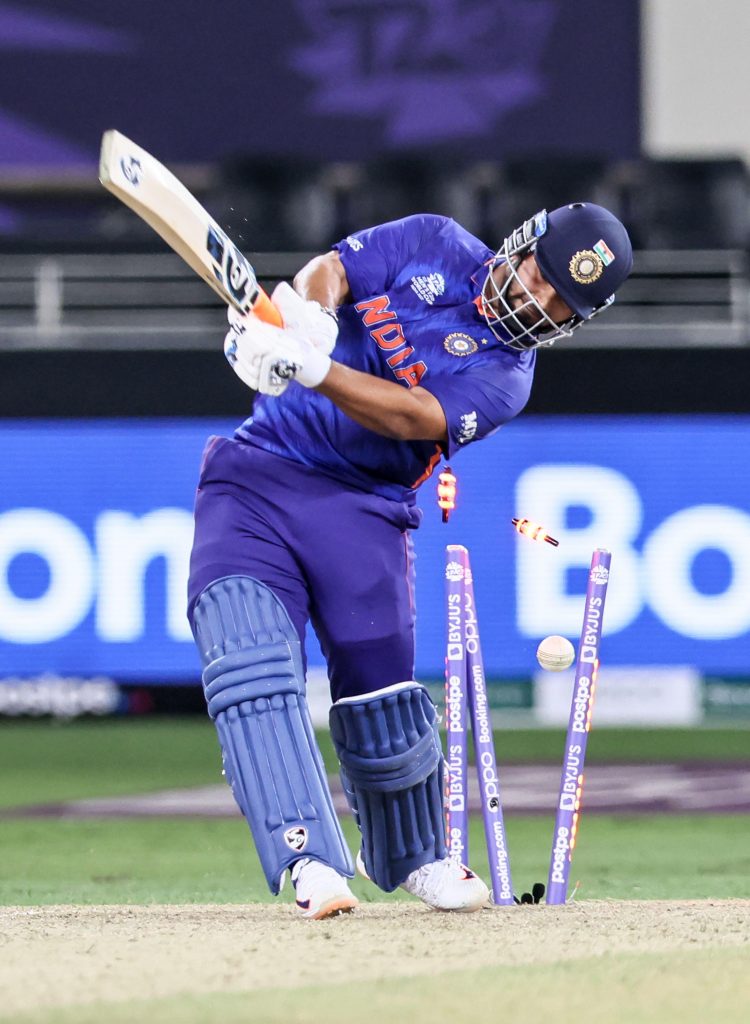 India produced a dominant performance in the fourth T20I against the West Indies at the Central Broward Regional Park in Lauderhill to seal the series victory with an unassailable 3-1 lead. Six of India’s top seven managed scores of 20+ to take the visitors to 191 for 5 in 20 overs before Avesh Khan and Arshdeep Singh wreaked havoc with the ball to wrap up the West Indian innings for 132.

The Indian openers gave the visitors a lighting start in the powerplay after being put into bat by Nicholas Pooran, with 65 runs coming in the opening six overs. Rohit Sharma laced a couple of boundaries in the first two overs from Akeal Hosein and Dominic Drakes before he and Suryakumar Yadav tore into Obed McCoy in the third, which cost 25 runs. The skipper deposited the left-armer for two sixes over mid-wicket and long-off while his Mumbai partner skilfully cleared the leg-side boundary with an MS Dhoni-inspired helicopter shot.

Sharma managed another six against Akeal Hosein but was cleaned up off the next delivery for 33 off 16. Suryakumar Yadav departed soon after, trapped on his pads by Alzarri Joseph, with India finishing the powerplay at 65 for two.

Rishabh Pant took over the scoring duties once the field spread out, with the left-hander sharing two partnerships with Deepak Hooda (21 off 19) and Sanju Samson (30 off 23) to set India up for a grandstand finish. The number four managed his highest T20I score in 11 innings for the country, hitting six fours in a 31-ball 44 through the middle period. The Men in Blue managed only one boundary in the three overs after Pant’s dismissal, but Axar Patel clubbed Obed McCoy for two sixes in the 19th and played a handy cameo of 20 from eight to take India to 191 for 5.

In response, the West Indies smashed Bhuvneshwar Kumar for 14 runs in the opening over of the run chase before Avesh Khan finally made his mark with the ball in the series, picking up two wickets in the powerplay. The pacer took a simple return catch to remove Brandon King before Devon Thomas skied one to mid-off in his next over. With two left-handers at the crease, Rohit Sharma made the unexpected call of giving left-arm spinner Axar Patel the fifth over. The decision backfired as Nicholas Pooran clubbed the all-rounder for one four and three sixes, but the keeper was run out on the final ball of the over after being sold short by his partner Kyle Mayers.

Patel also removed Rovman Powell after being hit for two sixes down the ground to leave West Indies reeling at 82 for five before Arshdeep Singh picked up three wickets at the back end of the innings to wipe out the hosts for 132 and give India a straightforward 59-run victory.