Mumbai fail to qualify for the playoffs despite Kishan, Surya rampage

Mumbai fail to qualify for the playoffs despite Kishan, Surya rampage 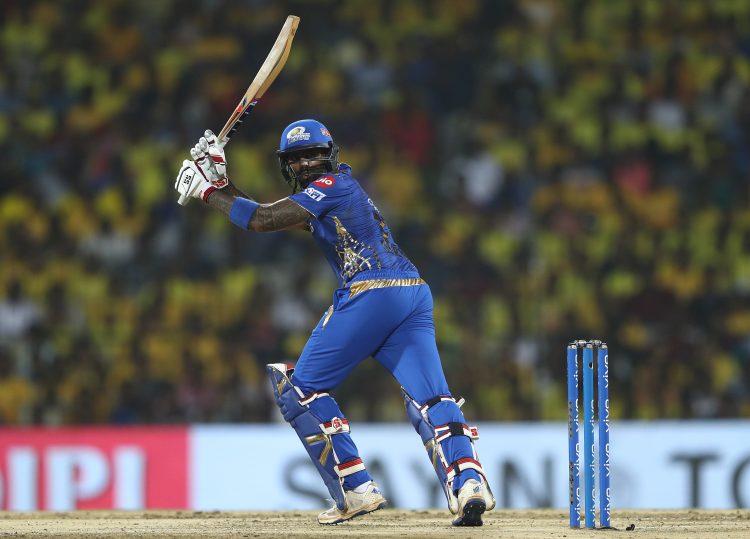 Despite not qualifying for the final four, the Mumbai Indians have bowed out of IPL 2021 in style with a comprehensive win over the Sunrisers Hyderabad in the final league game of the season. The five-time champions entered the last league fixture needing an unprecedented 170-run victory, and there would have been some tense faces in the KKR camp as Mumbai dared to do the unthinkable on a flat track in Abu Dhabi.

Rohit Sharma’s side came out all guns blazing with the bat and powered themselves to an impressive 235 in the first innings on the back of two excellent knocks from Ishan Kishan (84 off 32) and Suryakumar Yadav (82 off 40). Although Mumbai couldn’t restrict SRH to the 65 needed to qualify, they eventually ended their stop-start campaign on a high note with a comfortable 42-run victory.

After winning the crucial toss, Ishan Kishan started the innings with a six off Mohammad Nabi and followed that up with four consecutive boundaries off Siddharth Kaul to start the carnage. None of the bowlers were spared by the young left-hander as Kishan bludgeoned the likes of Jason Holder and Umran Malik to race to a 16-ball half-century inside four overs – the quickest of this season.

Mumbai raced to the highest powerplay score of the season (83) and even took the attack to Rashid Khan – who was launched for two sixes by Hardik and Kishan respectively.

The slowdown eventually came after Kishan was dismissed 16 runs short of his century by Umran Malik and Abhishek Sharma removed big-hitters Pollard and Neesham off consecutive deliveries. However, the Mumbai barrage continued through the blade of Suryakumar Yadav – who finally found some form after an indifferent season in 2021.

Yadav reached his fifty off 24 deliveries as he kept targeting the leg-side boundary, and finished with an outstanding 82 off 40 balls to take Mumbai to their highest ever IPL total of 235.

Mumbai set attacking fields in their desperate search for some early wickets, but Jason Roy and Abhishek Sharma went on the offensive from ball one to end any hopes of qualification. The Englishman took Jasprit Bumrah apart with the new ball while Piyush Chawla conceded 16 in his first over as SRH went past the decisive 65-run mark in the powerplay itself.

Mumbai eventually pegged Hyderabad back with some quick wickets in the middle overs from Jimmy Neesham and despite a valiant effort from Manish Pandey (69 off 41), the SRH batting lineup lacked the firepower needed to get close to the Mumbai total and resigned to their 11th defeat of the season.