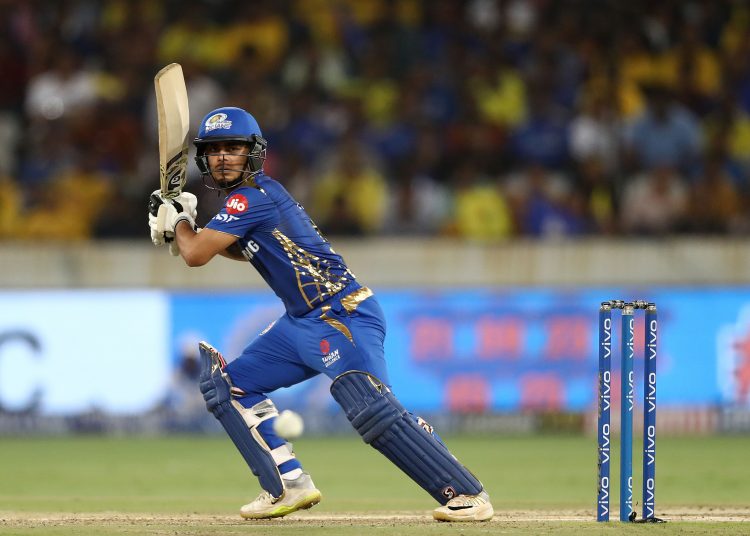 The Mumbai Indians have had their fair share of struggles in the UAE leg of IPL 2021, but the defending champions are still fighting in the race for the playoffs spots after comprehensively blitzing past the Rajasthan Royals on Tuesday. There was only one team at the races in Sharjah as Nathan Coulter-Nile and Jimmy Neesham restricted the Royals to 90 for 9 in their 20 overs before a power-packed half-century off 25 deliveries from Ishan Kishan helped Mumbai chase down the target with a stunning 70 balls to spare.

The Sharjah pitch has been incredibly sluggish throughout the second half of IPL 2021, but the lack of bounce on show made things all the more difficult for the Royals batters in the first innings. After losing a crucial toss, Yashasvi Jaiswal and Evin Lewis managed to score 26 runs from the first three overs, but everything went downhill from that point onwards. Nathan Coulter-Nile and Jasprit Bumrah removed both openers inside the powerplay itself before Jimmy Neesham turned the game on its head with his assortment of slower balls and cutters.

The Kiwi all-rounder removed RR captain Sanju Samson off his very first delivery with a cross-seamer before also dismissing the dangerous Shivam Dube – who was fresh of his half-century against CSK – and Rahul Tewatia.

At the other end, Nathan Coulter-Nile finished with his best IPL figures of 4-14, and his slower deliveries dug into the wicket were almost unplayable on this lethargic track. The Aussie quick removed both Glen Phillips and David Miller with balls that stayed low and would go on to crash into the stumps before cleaning up the helpless Chetan Sakariya to cap off an inspired bowling performance.

The Royals hit only two boundaries after the powerplay as they trudged to 90 in 20 overs, and the defending champions wasted no time in taking that target down to boost their net run rate.

Rohit started aggressively and took 14 runs off the first over before falling to Chetan Sakariya, but it was Ishan Kishan who stole the show with the bat and found some much-needed form after an off-colour season so far.

Kishan couldn’t find a run off his first six deliveries but eventually got going with a couple of crisp shots against Chetan Sakariya in the powerplay. The left-hander finished with a 25-ball fifty and took 24 runs off Sakariya’s third over to give Mumbai their 2nd largest victory in the IPL in terms of balls remaining.

With this win, Mumbai pip the Royals and the Kings to 5th in the table and are now level on points with Kolkata, albeit with an inferior net run rate.