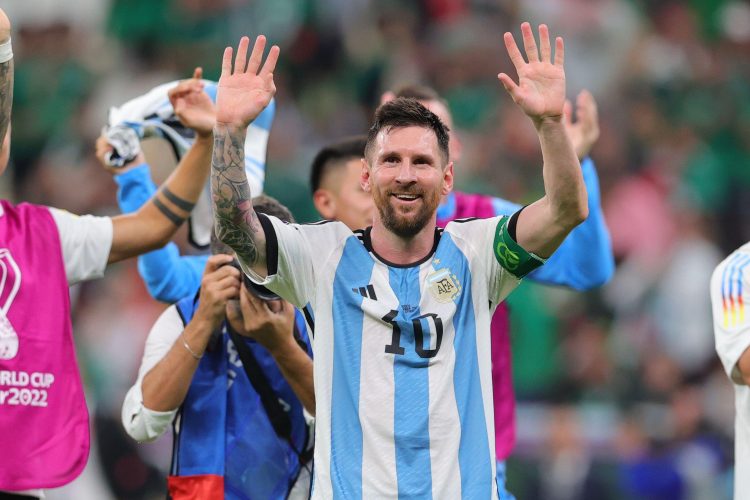 Lionel Messi made his mark at the 2022 FIFA World Cup in Qatar as the Argentinian maestro led his country to a must-win victory over Mexico in front of nearly 90,000 fans at the Lusail Stadium in Qatar. Argentina struggled to create any meaningful opportunities throughout the first hour against Mexico, but Messi showcased his brilliance with a moment of magic in the 64th minute to put the South American side in front and keep their hopes of qualifying for the knockout stages alive.

Enzo Fernandez added a second with another stunning strike in the closing stages, securing the three points and taking Argentina to second place in Group C with one match remaining.

Argentina made a surprise five changes to their line-up after the shock defeat to Saudi Arabia in their opener in Qatar. Lionel Scaloni swapped three of the starting back four that played the opening fixture, while Guido Rodriguez and Alexis Mac Allister replaced Leandro Paredes and Papu Gomez in midfield. However, the changes didn’t have the desired effect on Argentina’s fortunes as the Copa America winners struggled to find any openings in a sluggish first-half affair.

Mexico defended valiantly to deny Argentina any chances in the initial 45 minutes and even had an opportunity to take the lead on the stroke of half-time, with Alexis Vega forcing Emiliano Martinez into a save from a free kick. Messi failed to convert a free kick of his own following the break, and the tensions began to rise in the Argentina camp as the game wore on, with the South Americans unable to fashion any clear-cut chances.

However, just as the game began to drift, Messi popped up with another special moment on the grandest stage for his country. The PSG forward received a cross from Di Maria on the edge of the box before letting loose a fearsome grounded strike through a sea of bodies into the bottom corner. The stadium erupted in jubilation as the strike rippled the back of the net, with Messi rescuing Argentina from the brink of elimination and restoring their hopes of a potential third World Cup title.

Mexico created little after the deflating Messi strike and Argentine midfielder Enzo Fernandez wrapped up the victory in the 87th minute, curling another delightful shot from the edge of the area into the top corner to make it 2-0.

This win takes Argentina one point behind Poland in the Group C standings, and another victory in their final game against the Poles on Wednesday will make the South American the favourites to reach the final 16 as the group winners.