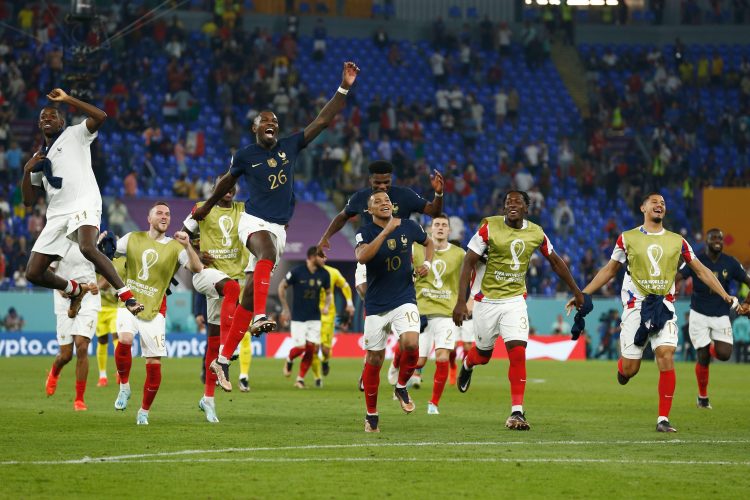 France became the first team to qualify for the round of 16 of the 2022 FIFA World Cup as the defending champions beat Denmark 2-1 in a clash between two of the top ten ranked nations at Stadium 974 in Qatar. Kylian Mbappe broke the deadlock for France in the 61st minute after an exchange with Theo Hernandez, but Denmark hit back through an Andreas Christensen header seven minutes later.

However, the French had the final say as Mbappe bagged his second in the dying moments of regulation time to secure all three points for the 2018 winners and clinch their spot in the knockout rounds of the tournament. With this brace, Mbappe became the seventh-highest goal-scorer for the French national team, equalling Zinedine Zidane’s record of 31 strikes, while also becoming just the second player in history after Pele to score seven World Cup goals before turning 24.

France lost both of their last two encounters against Denmark in the Nations League in 2022, but Didier Deschamps’ side dominated the proceedings in the first half. Kasper Schmeichel made a fine save to deny Adrien Rabiot’s header, while Mbappe blazed one over the bar after being set up by Ousmane Dembele.

The PSG forward’s pace was a constant threat for the Danish side throughout the encounter, and France deservedly took the lead on the hour mark through their talismanic forward. Mbappe exchanged a one-two with Theo Hernandez in the final third, completing a clever first-time finish from the left-back’s cross to open the scoring.

France’s lead didn’t last for long as Denmark provided an instant response to going behind. Andreas Christensen headed home from fellow centre-back Joachim Andersen’s flick-on to pull the Euro 2020 semi-finalists back into the contest. Denmark even had chances to win the game in the final 20 minutes. Hugo Lloris was forced into making a reaction save to deny his club team-mate Pierre-Emile Hojbjerg, while Martin Brathwaite’s snapshot drifted wide off the post.

Denmark were eventually made to rue these missed opportunities as France re-took the lead in the 86th minute through Kylian Mbappe. The 23-year-old made a darting run at the far post to get on the end of Antoine Griezmann’s cross to send the French fans into delirium in Stadium 974 in Qatar.

This win puts France at the top of Group D and secures their passage to the round of 16. Denmark, on the other hand, have it all to do in their final group stage game against Australia, with Kasper Hjulmand’s side needing a win and the three points to make the knockout rounds.