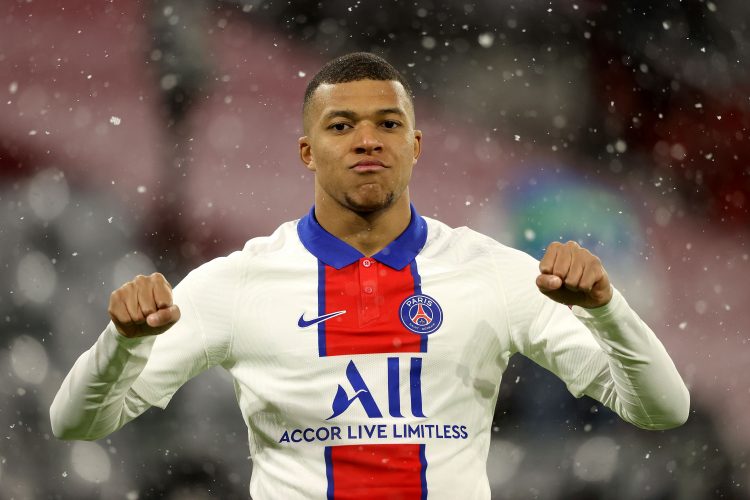 From snowy weather to injuries to missed chances and goalkeeping errors, the first leg of the quarter-final between Bayern Munich and PSG had everything you could imagine. And finally, as the snow settled on the Munich turf at the Allianz Arena, PSG came away with a crucial 3-2 away victory in the first leg against the defending champions. This victory finally snapped Bayern’s 19 game unbeaten run in Europe and was their first defeat in this competition since March 2019.

While Bayern dominated most of the proceedings throughout the 90 minutes, it was Kylian Mbappe who stole the show. His speed and trickery were a constant threat for the Bayern defence and his brace proved to be the difference between the two sides.

PSG opened the scoring in the second minute of the game after Neymar put Kylian Mbappe through on goal and his shot squirmed through Manuel Neuer to sneak into the net. Despite their early breakthrough, Bayern controlled the tempo of the game with their high-pressing style as they completely swarmed the PSG players and compressed them in their own half. Keylor Navas was continually called into action; first from a close-range header from Leon Goretzka and then from a stunning drive from right-back Benjamin Pavard.

Despite all their dominance, PSG doubled their lead after a wonderful chipped pass from Neymar caught out the Bayern defence and gave Marquinhos the space of Bavaria to finish into the bottom corner.

The defending champions created plenty of chances but crucially missed two of their star forwards Serge Gnabry and Robert Lewandowski who were both ruled out of the tie due to injury. Nevertheless, it was Lewandowski’s replacement Eric Maxim Choupo-Moting who pulled one back for the Bavarian Giants with a wonderful glanced header. Bayern eventually levelled the tie as Thomas Muller snaked into the penalty area and guided a Joshua Kimmich set-piece past Keylor Navas in goal.

However, Bayern’s high line once again proved to be their kryptonite as Kylian Mbappe snuck past the defence and slotted the ball straight into the bottom corner to give PSG the victory.

Aside from Lewandowski and Gnabry, Bayern will also be without Leon Goretzka and Nikolas Sule for the return leg in Paris in one week but will be confident that they can claw their way back in the tie after creating numerous chances and controlling most of the game at home.