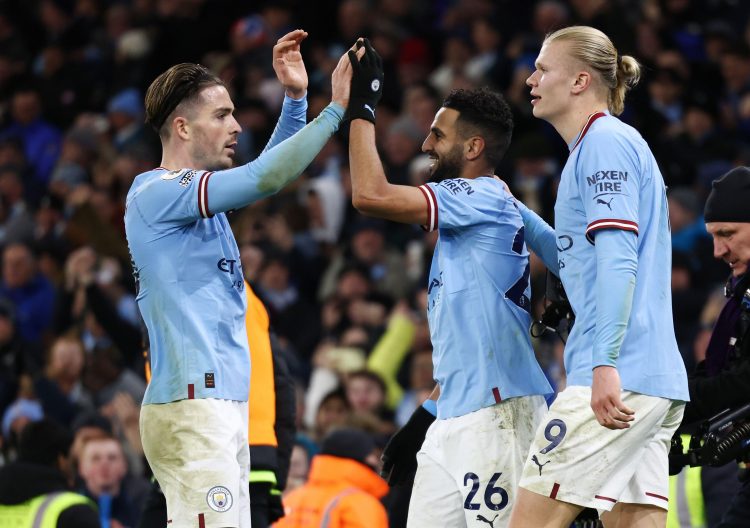 Manchester City delivered a statement performance in the race for the Premier League title, coming back from 2-0 down to beat Tottenham 4-2 at the Etihad Stadium on Thursday night. Goals from Dejan Kulusevski and Emerson Royal gave Spurs a surprise 2-0 lead heading into the break, but Pep Guardiola’s side turned things around spectacularly in the second 45 minutes.

Strikers Julian Alvarez and Erling Haaland scored two goals in two minutes to tie the game before a Riyadh Mahrez brace helped the Cityzens wrap up the three points in a chaotic affair in Manchester.

Following their 2-1 defeat to Manchester United at the weekend, Manchester City had to beat Tottenham to avoid losing further ground to league leaders Arsenal in the title race. Pep Guardiola kept attacking stars Kevin de Bruyne and Phil Foden on the bench for this fixture, and although the home side created plenty of chances to open the scoring, they went into the break with a two-goal deficit.

Tottenham scored two goals in two minutes just before the break to turn the tie on its head. Dejan Kulusevski first capitalised on a mistake in possession from Ederson in his box to open the scoring in the 44th minute before Emerson Royal doubled Spurs’ advantage moments later, heading home following a reaction save from the Brazilian off Harry Kane’s shot.

Boos were ringing around the Etihad at the break, but City produced an inspired second-half performance to allay any fears. Riyadh Mahrez pulled the strings for the home side in the second period, leading City’s fightback with a majestic display. The Algerian set up City’s first goal with a perfectly-weighted cross that was eventually bundled in by Julian Alvarez following a goal-mouth scramble. Mahrez also bagged the assist for the equaliser, with his header teeing up Erling Haaland for a simple finish to make it 2-2 just two minutes later.

Tottenham had a golden opportunity to re-take the lead after that double strike, only for Ederson to deflect Ivan Perisic’s strike onto the post to keep the scores equal. The home side grew in confidence as the half wore on and grabbed a deserved third goal in the 65th minute through their star performer, Mahrez. The winger got the better of Ben Davies down the right flank and beat Hugo Lloris with a stinging shot at the near post that put the defending champions in front.

Mahrez also added a second goal in injury time to put the finishing touches on his glorious performance, taking Manchester City to within five points of Arenal at the halfway mark of the season. 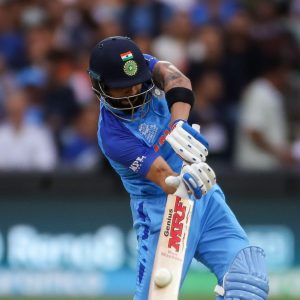