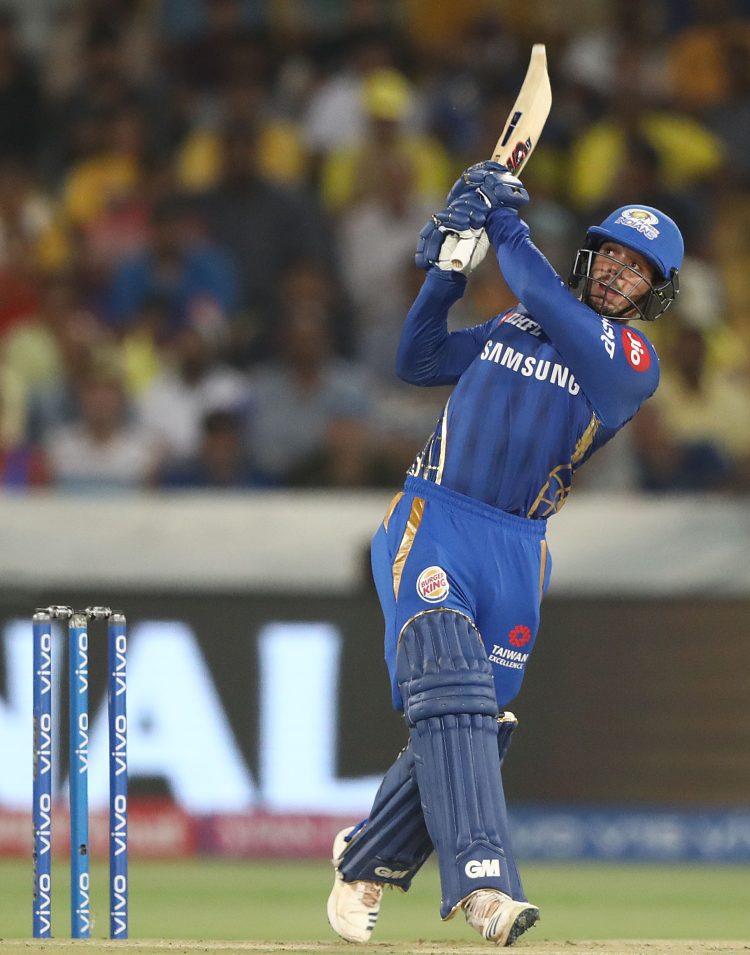 The Kolkata Knight Riders halted their four-match losing streak against the Mumbai Indians in stunning fashion at Abu Dhabi with a thumping seven-wicket win over the defending champions. Chasing a modest 155, KKR showed great intent right from the start, and majestic half-centuries from Venkatesh Iyer (53 off 30) and Rahul Tripathi (74* off 42) helped Eoin Morgan’s side chase down the target with 29 balls to spare. This victory also gave KKR a significant net run rate boost and lifted the side into the top four positions with eight points on the board.

While it was a night to forget for Mumbai, the five-time champions did get off to an excellent start in the powerplay with Quinton de Kock opening alongside the returning Rohit Sharma. Sharma took it upon himself to attack the spinners – who bowled the first four overs of the innings – while the South African carted two sixes off Prasidh Krishna in the 6th over to help Mumbai put on 56 in the powerplay.

Kolkata managed to apply the brakes on the scoring rate once the field restrictions were lifted through Sunil Narine and Varun Chakravarthy, and the West Indian dismissed Rohit after the opener mistimed his slog sweep in the 10th over. The dot ball pressure also helped Prasidh Krishna remove Suryakumar Yadav and Quinton de Kock as Mumbai managed to score only 29 runs between overs 10 to 15.

Although Kieron Pollard and Krunal Pandya provided some brief fireworks, Lockie Ferguson bowled an excellent spell at the death to limit Mumbai to a below-par total of 155.

In their reply, Kolkata got off to a lightning start as Shubman Gill flicked Trent Boult for a maximum over mid-wicket before Venkatesh Iyer pulled the Kiwi pacer over deep square leg to take 15 from the first over. Iyer also hit Adam Milne for two fours and one six off the second over which forced Rohit Sharma to introduce Jasprit Bumrah earlier than anticipated. Although Bumrah broke the opening partnership with the wicket of Gill, there was no stopping Venkatesh Iyer, who continued the onslaught to reach his first IPL fifty off 25 balls in only his second outing.

Iyer was provided good company by Rahul Tripathi at number three – who got to his fifty off 29 deliveries after a top-edged six off Bumrah – as the pair shared an excellent 88-run partnership off only 52 balls.

Bumrah returned to remove both Venkatesh Iyer and Eoin Morgan, but it was too little too late for Mumbai as KKR finished the run-chase in 15.1 overs, which helped them overtake Rohit Sharma’s side and jump into the fourth spot in the points table with five games left to play.