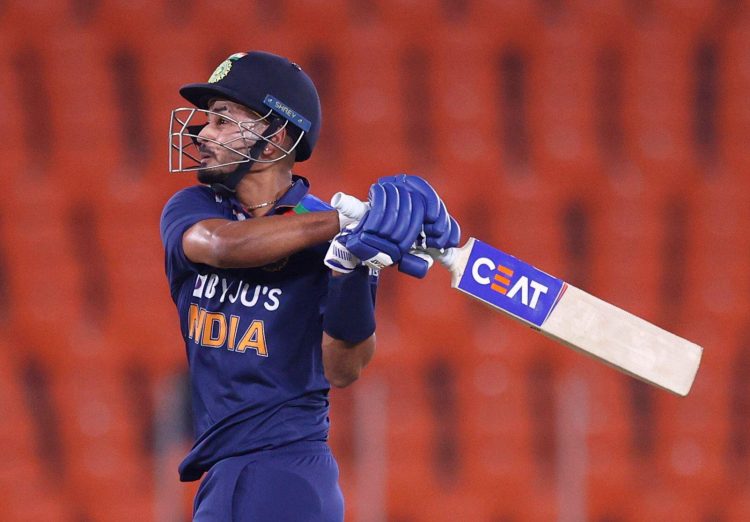 It was a trial by spin for the West Indies in the fifth and final T20I against India in Lauderhill, Florida. For the first time in T20I cricket, the Indian spinners – Axar Patel, Ravi Bishnoi, and Kuldeep Yadav – picked up all ten wickets in an innings to bowl out the West Indies for 100 after Shreyas Iyer’s half-century took the Men in Blue to another commanding first innings total of 188. With this thumping 88-run victory, India clinched the series 4-1 to continue their superlative form in the shortest format ahead of the upcoming T20 World Cup.

Both sides made four changes for the final encounter of the tour, with Hardik Pandya leading India in the absence of the rested Rohit Sharma. Ishan Kishan struggled with the pace of the pitch on his return to the side, falling for an 11-ball 13, but his opening partner, Shreyas Iyer, made full use of his opportunity at the top of the order. The opener scored 25 of India’s 53 runs in the powerplay and timed a couple of elegant sixes against Odean Smith to race away to a 30-ball half-century.

Iyer added 76 runs alongside Deepak Hooda (38 off 25) to take India to 95 for one at the halfway mark. However, after a 17-run 11th over from Obed McCoy, the tourists lost their way temporarily, with both set batters falling in quick succession. India managed only 34 runs for the loss of three wickets between overs 11 to 16 to stall their progress, but Hardik Pandya went 6,4,6 against Jason Holder in the 19th to take the visitors to 188 for seven.

In reply, the West Indies run chase stalled from the outset. Axar Patel began the proceedings with a wicket maiden in the first over, castling the promoted Jason Holder with an arm ball that went straight on. The left-armer went on to pick up two more wickets inside the powerplay, removing Shamarh Brooks and Devon Thomas with deliveries that failed to turn and skidded on, leaving the hosts reeling at 38 for three.

Shimron Hetmyer kept the West Indies interested with a 28-ball half-century that included five fours and four sixes, but the left-hander was left stranded by his team-mates, who wilted against the wrist-spin of Kuldeep Yadav and Ravi Bishnoi. Nicholas Pooran was trapped dead in front by Kuldeep Yadav before a pair of googlies from Ravi Bishnoi sent back Rovman Powell and Keemo Paul in the same over.

Yadav’s wrong un’s removed Dominic Drakes and Odean Smith in the next over, and Bishnoi wrapped up the innings with another pair of wickets to give India a resounding 88-run victory and seal the series 4-1.