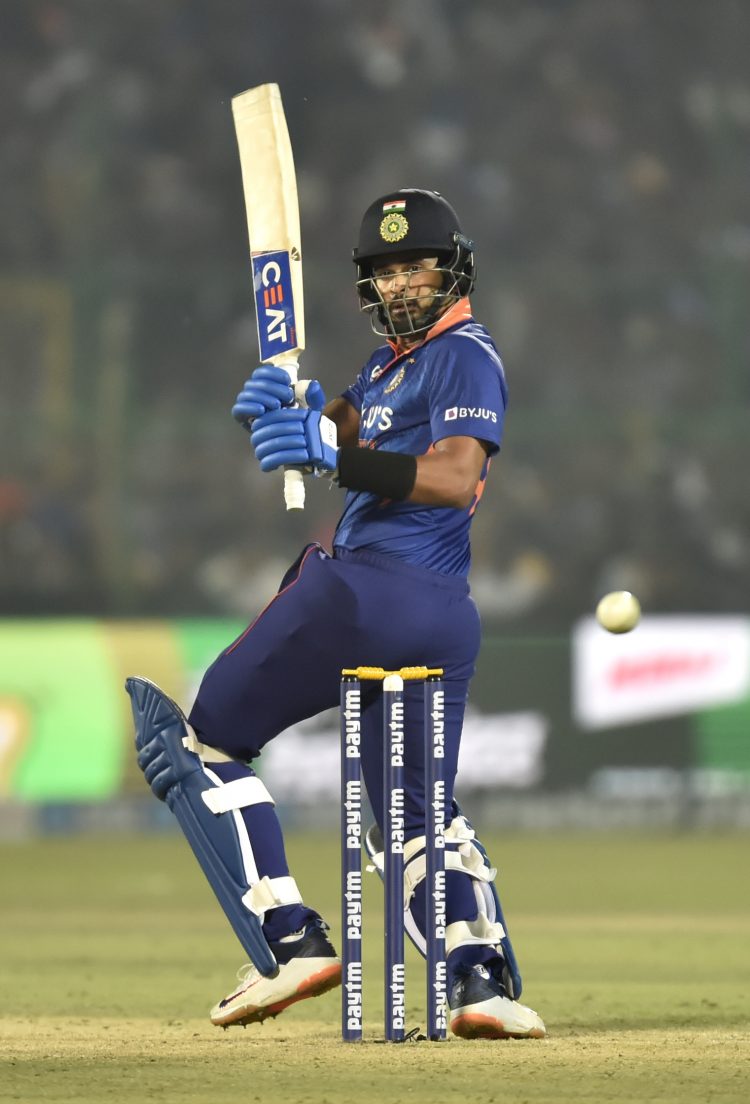 Team India registered their seventh consecutive series win at home after Rohit Sharma’s men took an unassailable 2-0 lead against Sri Lanka in the second T20I at Dharamsala on Saturday night. Chasing 184, India flexed their muscle with the bat as Shreyas Iyer shone with a brilliant unbeaten 74 off 44 deliveries, while Sanju Samson (39 off 25) and Ravindra Jadeja (45* off 18) added pivotal contributions to take the hosts home with 2.5 overs to spare.

After an indifferent start to the run-chase that saw India score only 56 runs from the first eight overs, the Men in Blue creamed 130 runs off their final 55 deliveries to complete a record 11th win on the bounce in T20 cricket.

Having won the toss and put Sri Lanka into bat, India conceded just 15 runs off the first four overs as Bhuvneshwar Kumar and Jasprit Bumrah found plenty of assistance from the Dharamsala pitch and got the ball to move around. Danushka Gunathilika provided some respite by going 6, 4, 6 against Jadeja in the 9th over, but the right-hander perished one ball later while looking to take the aerial route once again.

The visitors also lost Charith Asalanka, Kamil Mishara and Dinesh Chandimal in quick succession but were rescued at the death thanks to a stunning onslaught from Pathum Nissanka and Dasun Shanaka. The pair added 72 off the final four overs, with the captain Dasun Shanaka striking two fours and five sixes in his outstanding cameo off 47* from 19, while Nissanka (75 off 53) played some audacious sweeps and reverse sweeps off Bumrah to take Sri Lanka to 183.

In response, India also endured a tricky start as Dushmantha Chameera dismissed Rohit Sharma for one before Lahiru Kumara removed Ishan Kishan immediately after striking him on the helmet with a steep bouncer. Batting at number three, Shreyas Iyer was also tested early on by the pace and movement of the Sri Lankan fast-bowlers, but the 27-year-old finally got going with a trio of boundaries off Binura Fernando before clubbing Praveen Jayawickrama for two consecutive sixes down the ground to reach his half-century off 30 deliveries.

At the other end, Sanju Samson began cautiously on his return to the side – scoring only three runs off his first ten deliveries – but the right-hander eventually broke the shackles by creaming Lahiru Kumara for three sixes and a four in the 13th over. Samson fell off the final ball of that over while searching for another boundary, but Ravindra Jadeja continued the momentum he created, striking eight boundaries in the 18 deliveries he faced to help India wipe off the 184-run target inside 17.1 overs.