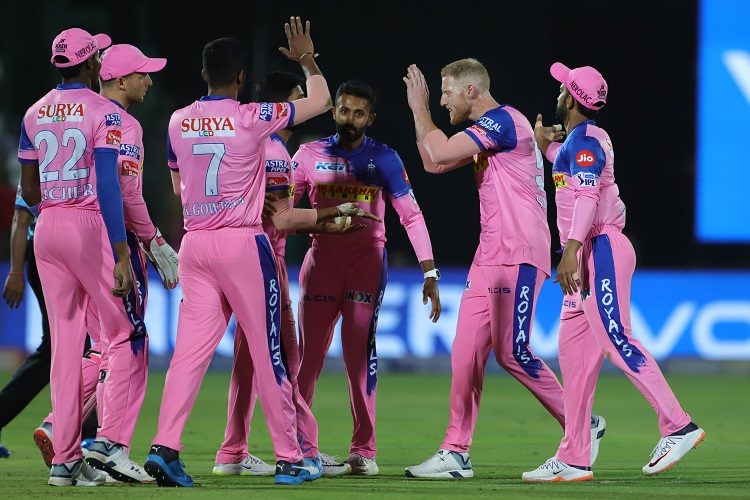 We are three rounds and twelve matches in IPL 2019, and Rajasthan Royals and Royal Challengers Bangalore are yet to open their accounts. And unlike Bangalore, who were simply blown away by Chennai Super Kings and Sunrisers Hyderabad, Rajasthan could have won at least one, even two of their matches.

Rajasthan has also had some excellent individual performances. Sanju Samson scored the first hundred of IPL 12. Ben Stokes has struck at 184 and picked up crucial wickets. Jofra Archer and Shreyas Gopal have conceded less than 7 an over.

But there are problems too, the captain himself posing a major one. Clearly not cut out for the format, Ajinkya Rahane has batted at the top, thereby forcing Rahul Tripathi to bat down the order and generally messing up the line-up. Perhaps a change is in order.

On the other hand, nothing has really licked for Royal Challengers, barring the bowling of Yuzvendra Chahal, currently joint-highest wicket-taker in the tournament. AB de Villiers’s unbeaten 70 against Mumbai is their only fifty of the tournament, and team totals of 70 and 113 have not quite enhanced their reputation.

Rajasthan holds a negligible advantage (9-8) over Bangalore. They have acquired the lead recently, after winning both matches in 2018.

Shreyas Gopal (Rajasthan Royals): Gopal bowled a solitary over against Punjab; had 4-0-27-3 against Hyderabad while defending 199 (it’s another thing that his teammates let him down), and three more inexpensive overs against Chennai. Last year he had figures of 6/38 against Bangalore across the two matches.

Virat Kohli (Royal Challengers Bangalore): Three matches, three defeats as captain. A tally of 55 runs off 54 balls. Not a single six. It is time for Kohli to turn things around and show exactly why they hail him as King.

Rajasthan to win, mostly due to their home advantage.