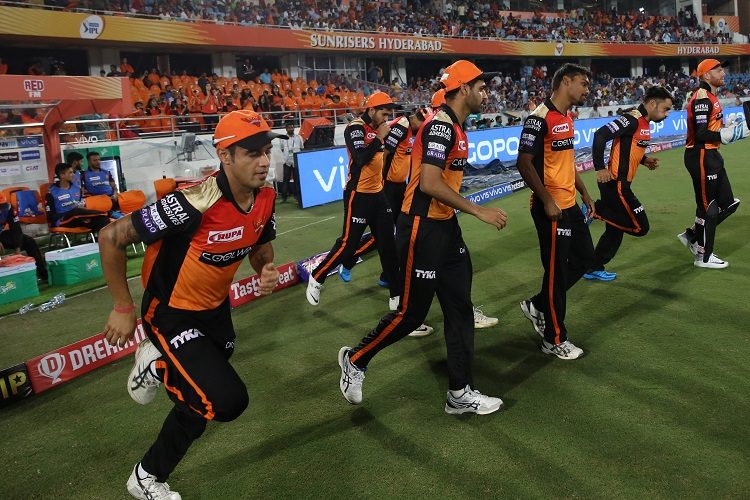 Sunrisers Hyderabad will host Royal Challengers Bangalore for the first match of Sunday’s double-header. Hyderabad opened their account in IPL 2019 with a hard-earned home win against Rajasthan Royals. They could have won their other match, their tournament opener against Kolkata Knight Riders, but for an Andre Russell onslaught that came out of nowhere.

Bangalore started their tournament embarrassingly, getting bowled out for 70 against Chennai Super Kings. Things came down to the last ball against Mumbai Indians – they needed 7 off the last ball but they couldn’t get a run – only for the television cameras to reveal that Lasith Malinga had overstepped. Unfortunately, it was spotted too late.

On the other hand, their much-vaunted pace attack has not lived up to expectations. They have conceded two big totals already. Williamson’s return also means they have to leave Shakib Al Hasan out.

Despite losing to Mumbai, Bangalore should feel encouraged at the return of form for their key players, especially Virat Kohli and AB de Villiers. They may be more than a handful against the underperforming SRH fast bowlers.

The sides are more or less evenly matched, with Sunrisers holding a 6-5 advantage. Sunrisers had also beaten Royal Challengers in the 2016 final.

The teams had met twice last year. Sunrisers were bowled out for 146 at home despite Williamson’s 39-ball 56, Mohammed Siraj taking 3/25 and Tim Southee 3/30. But all Sunrisers bowlers conceded fewer than 8 an over, and RCB were restricted to 141/6.

Rashid Khan (Sunrisers Hyderabad): Hyderabad needed 8 off 8 balls against Rajasthan when Rashid sealed things off with a four and a six off Jofra Archer. Earlier in the day, he had figures of 4-0-24-1 in a total of 198/2, a near-encore of his 4-0-26-1 in Kolkata’s 183/4. He has been the sole bright spot in Hyderabad’s otherwise below-par bowling show.

Umesh Yadav (Royal Challengers Bangalore): Umesh seems to have regained his 2018 form. He was Bangalore’s best bowler against Mumbai (4-0-26-2 against 187/8), and was excellent (3-0-13-0) against Chennai on a pitch that offered little to pacers.

Sunrisers should win if their Indian contingency delivers. They also hold a home advantage.