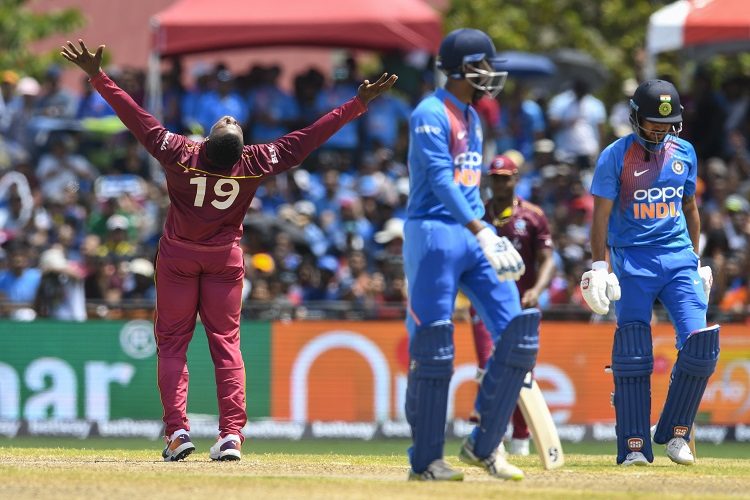 India will host West Indies for 3 T20Is. The first of these will be played at Rajiv Gandhi International Cricket Stadium, Uppal, Hyderabad. Ahead of the series, here is a statistical preview.

3 wickets needed by Yuzvendra Chahal (50) to go past R Ashwin (52) and become the leading wicket-taker for India in T20Is. Jasprit Bumrah has 51.

3 men have led West Indies so far against India in T20Is – Chris Gayle, Darren Sammy, and Carlos Brathwaite. Kieron Pollard will be the 4th.

22 venues have so far held T20Is on Indian soil. Uppal will be the 23rd. The only scheduled match here so far was in 2016-17 between India and Australia, but rain had prevented any play that day.

36 catches for both Virat Kohli and Rohit Sharma. Only Suresh Raina (42) has more catches among Indian non-wicketkeepers.

75 runs needed by Rohit (425) to reach 500 runs against West Indies. If he does that, Rohit will become the 2nd batsman in T20I history to do this. Kohli has 584 against Australia, while nobody else has more than 471. Rohit also has 452 runs against Bangladesh.