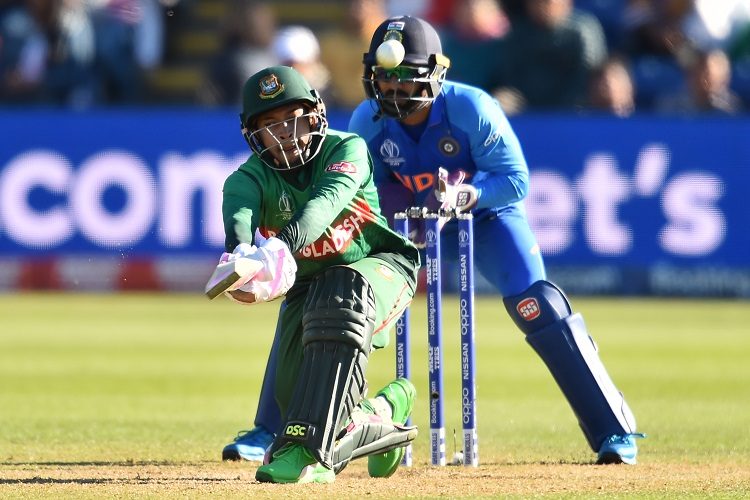 Bangladesh defeated India for the first time in T20Is in their tour opener, at Feroz Shah Kotla, Delhi. The teams will now meet in the second T20I of the 3-match series, at Saurashtra Cricket Association Stadium, Rajkot. Ahead of the match, here is a statistical preview.

3 wickets needed by Yuzvendra Chahal (47) to become the 3rd Indian and 31st overall to take 50 T20I wickets. In fact, Chahal has a chance of going past Jasprit Bumrah (51) and R Ashwin (52), the only Indians ahead of him, in this series.

3 men have played all 9 matches between India and Bangladesh – Mahmudullah, Mushfiqur Rahim, and Rohit Sharma. All three are likely to retain the 100% record.

6 wickets for Chahal against Bangladesh, the joint-most for India. He needs 1 more to go past Ashwin (6).

7 wickets for Al-Amin Hossain against India, the joint-most for Bangladesh. He needs 1 more to go past Rubel Hossain (7).

8 win-loss ratio of India against Bangladesh (8 wins, 1 defeat), their best against any side against whom they have played 3 or more matches. Bangladesh’s ratio of 0.125 is their worst for as many matches, though they have lost all 7 of their T20Is against New Zealand and all 6 against South Africa.

35 catches for Rohit. He needs 2 more to go past Virat Kohli (36) and secure 2nd spot among Indians on the list of non-wicketkeepers. Only Suresh Raina (42) has more.

99 T20Is for Rohit, the joint-2nd most for a male. Shahid Afridi has also played 99. Only Shoaib Malik (111) has played more matches. Ten women have played a hundred matches each, Suzie Bates and Ellyse Perry sharing the record for most matches with 111 each. Harmanpreet Kaur (100) is the only Indian of the ten.

225 runs for Mushfiqur against India, the 2d-most for Bangladesh. He needs 12 more to go past Sabbir Rahman (236).