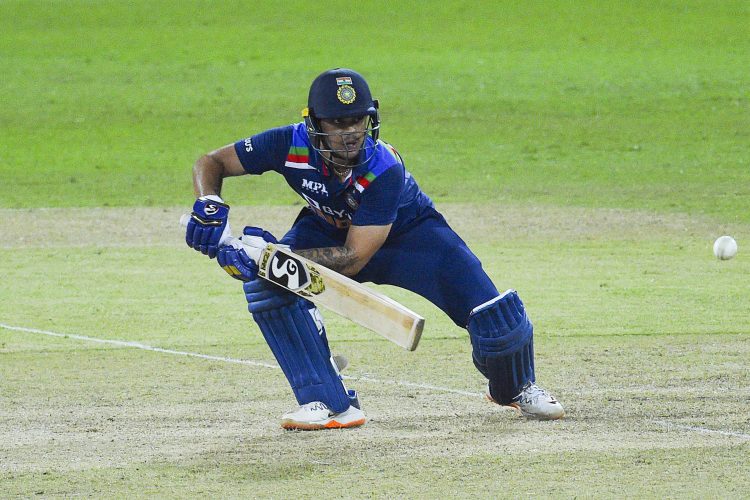 Team India carried on from where they left off in the West Indies series against Sri Lanka as the Men in Blue brushed aside their neighbours to register a comfortable 62-run win in the 1st T20I in Lucknow. After struggling in the three T20s in Kolkata, Ishan Kishan got back amongst the runs against the Lankans, creaming the highest score by an Indian wicketkeeper in T20Is to take the hosts to 199 for two, a total which proved to be too tall a task for the young Sri Lankan outfit.

After being put in to bat by Dasun Shanaka, India got off to an electric start in the powerplay with the right-left pair off Rohit Sharma and Ishan Kishan making full use of the field restrictions. Although both openers were cautious in the opening two overs against the pace of Lahiru Kumara and Dushmantha Chameera, the young left-hander immediately went on the offensive upon the introduction of Chamika Karunaratne, creaming the all-rounder for a trio of fours. Kishan pounced on anything short from the Sri Lankan quicks and scored 39 of India’s 58 runs in the powerplay to give the hosts the perfect start.

Rohit got in on the act himself when the spinners were brought on through the middle, but the captain was eventually dismissed on 44 by a change of pace from Lahiru Kumara that pegged back his off-stump. Kishan continued his assault following Rohit’s dismissal and at one stage threatened to reach three figures before holing out in the deep off the bowling of Dasun Shanaka on 89.

In the absence of Virat Kohli, Shreyas Iyer occupied the number three position, and after a sedate start which saw him score just 12 runs off his 12 deliveries, the batsman provided the perfect finishing act. Iyer raced to a 25-ball half-century with some clean hits down the ground to help India amass 34 runs in the final two overs and put 199 on the board.

In response, Sri Lanka lost Pathum Nissanka first ball – with the ball dropping onto the stumps off his pads off Bhuvneshwar Kumar – and that set the tone for the entire innings. The visitors stumbled their way to 29 for two in the powerplay, with Bhuvneshwar Kumar removing the other opener Kamil Mishra for 13, and slipped further to 57 for four by the halfway point as all-rounders Venkatesh Iyer and Ravindra Jadeja got in on the action.

By that point, a victory was a foregone conclusion for the hosts and barring a solo effort from Charith Asalanka (53* off 47), the tourists lacked any firepower with the bat as India registered their record 10th consecutive victory in T20 cricket with ease to take a 1-0 lead in the series.