India bundled out for 223 after sublime Kohli 79

India bundled out for 223 after sublime Kohli 79 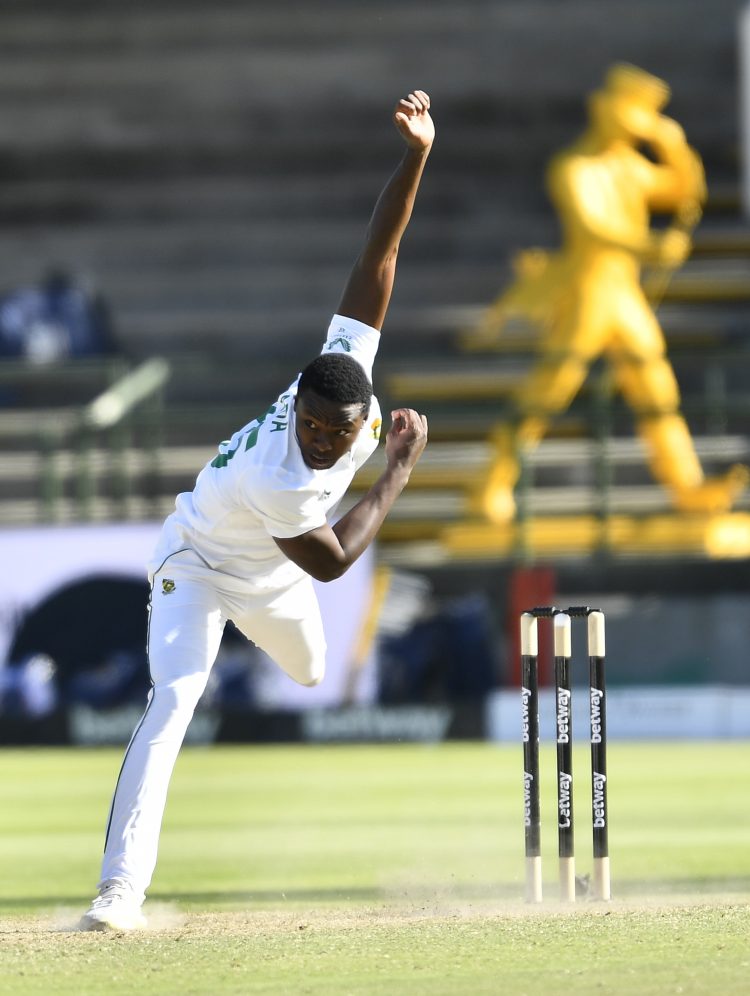 Kagiso Rabada and Virat Kohli were involved in a battle for the ages on day one of the third Test in Cape Town, fighting for every inch in the all-important series decider at Newlands. Although the Indian captain showed plenty of determination and grit to score his highest Test innings since 2019, it was Rabada who had the final laugh, dismissing Kohli on 79 to finish with impressive figures of four for 73. Rabada was also well backed up by left-armer Marco Jansen – who picked up three wickets – as the Proteas dismissed India for just 223 on day one before Jasprit Bumrah removed Dean Elgar in the final eight overs of the day to restore some parity.

After winning the toss and opting to bat under gloomy skies in Cape Town, India were put under pressure against the new ball, with both openers departing inside the first hour. Rahul edged a rising delivery from Duanne Olivier to the keeper before Mayank followed six balls later, leaving India in a tricky position at 33 for two.

Following this early setback, India’s two most senior batters steadied the ship for the Men in Blue, using two contrastingly different methods. Following on from his half-century in the second innings at the Wanderers, Pujara continued to be positive at the crease, capitalising on any scoring opportunities offered by the South African pacers. Kohli, on the other hand, was at his disciplined best, leaving the majority of deliveries pitched outside off stump and picking his moments wisely when to attack.

The Indian captain took 15 deliveries before getting off the mark with a picturesque cover drive off Marco Jansen and continued this approach throughout his innings, resisting any temptation of playing at deliveries on a good length while feasting on anything overpitched.

India lost Cheteshwar Pujara and Ajinkya Rahane to two unplayable deliveries in the second session, but Kohli remained resolute at the crease, surviving one of most ferocious spells in recent years from Kagiso Rabada before Tea through a mixture of good fortune and unshakeable temperament.

Kohli shared a pivotal 51-run partnership with Rishabh Pant and reached his second-slowest half-century in Test cricket with another trademark crunch through the covers. Unfortunately, the Indian captain was the lone warrior for the Men in Blue in this innings as he continued to run out of partners at the other end. Pant edged one to gully off Marco Jansen before all-rounders Ashwin and Thakur lasted just 19 deliveries between them.

Although Kohli did manage to score some boundaries with the tail, he eventually succumbed to Rabada on 79, poking at a delivery outside off-stump and feathering an edge to Kyle Verreynne. The tourists eventually fell for 223 in the first-innings, but were able to prise one wicket before stumps, with Jasprit Bumrah removing Dean Elgar for the third time in the series to give India a lifeline heading into day two.