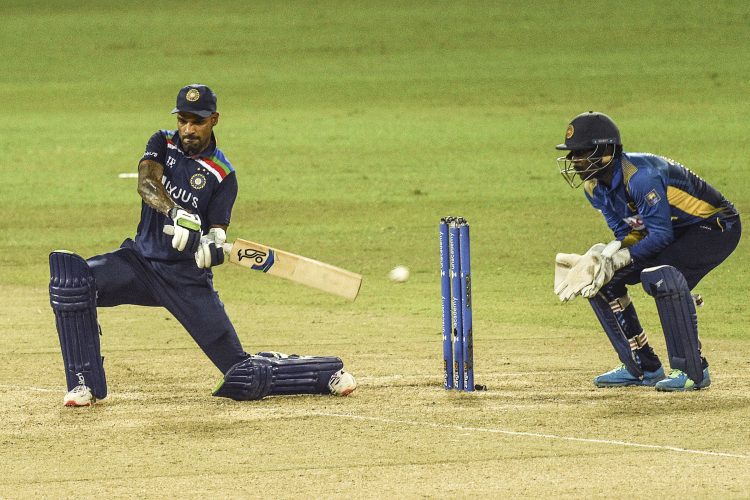 India pulled off a convincing 7-wicket victory in the opening ODI against Sri Lanka in Colombo. After limiting Sri Lanka to a sup-par total of 262, the Indian top order flexed their muscle in the run-chase to win the game with 13.2 overs to spare.

Shikhar Dhawan top-scored with a captain’s innings of 86* while Prithvi Shaw (43 off 24), Ishan Kishan (59 off 42) and Suryakumar Yadav (31 off 20) all chipped in with meaningful contributions to give the Men in Blue the perfect start to their tour of Sri Lanka.

India’s new generation of batters groomed in the IPL showed off their fearless nature in the run-chase and effectively finished the game within the first 15 overs. Prithvi Shaw got India off to a flier, smashing nine boundaries in his power-packed 24-ball innings. Shaw’s timing was a sight to behold, and the Mumbai opener kept finding the gaps on the off-side with his punchy drives.

The 21-year-old was eventually dismissed in the 6th over after being deceived in the flight by Dhananjaya de Silva but Ishan Kishan picked up right from where Shaw left off, smashing his first two deliveries in ODI cricket to the boundary

India managed their highest ODI powerplay score since 2013 thanks to Kishan’s fireworks, and the keeper-batsman raced to his 50 off only 33 deliveries, becoming the first Indian to hit half-centuries on debut in both ODI and T20I cricket. The Men in Blue batted more cautiously following Kishan’s dismissal with Manish Pandey and Shikhar Dhawan stitching together a modest 72-run partnership of 77 deliveries.

India’s other debutant Suryakumar Yadav finished the job with a quickfire 31* off 20 deliveries with Shikhar Dhawan anchoring the innings to perfection and finishing with 86* to give India a comfortable 1-0 lead in the series.

With the ball, this was the first ODI since India’s World Cup fixture against England at Edgbaston in 2019 that featured both Kuldeep Yadav and Yuzvendra Chahal, and the spin twins made crucial breakthroughs at the top of the order.

Chahal broke the 49-run opening partnership between Avishka Fernando and Minod Bhanuka with his first ball of the innings while Kuldeep Yadav picked up two wickets in the 17th over to put the Sri Lankan middle order under pressure.

India controlled the middle overs through Krunal Pandya – who conceded only 26 runs in 10 overs – with none of Sri Lanka’s batters able to convert their starts into half-centuries and bat through the innings. The Islanders eventually limped towards a 250+ total after scoring 39 runs in the final three overs thanks to some lusty blows from Chamika Karunaratne and Dushmantha Chameera.