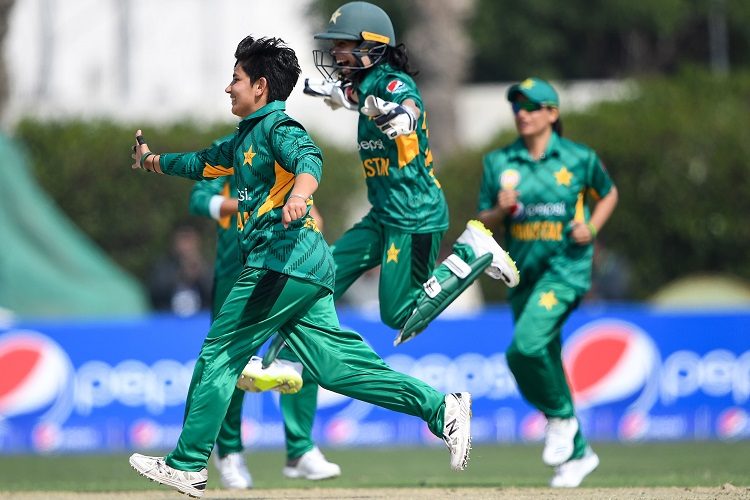 No Sana Mir. That is what stands out from Pakistan's squad for the Women's T20 World Cup, starting next Friday. While they still boast of stalwarts like Bismah Maroof, Nida Dar, and Javeria Khan, the absence of Mir has taken some sheen off the tournament – let alone their side.

Pakistan have never made it to the knockout stage of any of the six editions, but they have pulled off the occasional upset. Their record in Women's T20 World Cup (6 wins, 18 defeats) does not read that bad if one considers the fact that at one point it read 1-12. They have beaten India twice, which is no mean feat.

They have not done too poorly since the last T20 World Cup. They lost 1-2 to West Indies at home and 2-3 in South Africa, but both were close contested that could have gone either way. They followed these with a 3-0 thrashing of Bangladesh at home before getting whitewashed 0-3 by England in Malaysia.

They are grouped with England, West Indies, and South Africa, all of whom they have lost to over this period. However, they did win matches against the last two – and winning two matches out of three is all they need to do – of course, assuming they beat Thailand.

Nida Dar: A canny off-spinner (economy 5.28) and a power hitter (strike rate 96), Dar is Pakistan's finest player in the format. Earlier this season she became the first Pakistani to feature in the WBBL, for Sydney Thunder, so she is more prepared for Australian conditions than her teammates.

Bismah Maroof: The only Pakistani woman with 2,000 T20I runs, Maroof has been a pillar for the side for over a decade now. Solid yet strokeful, Maroof has scored 7 of the 9 sixty-plus scores for Pakistan. Her leg-breaks can be useful, while she will have play mentor to the juniors in Mir's absence.

Javeria Khan: Yet another prolific scorer, Javeria will have to assist Maroof in helping Pakistan pile up totals big enough to defend. She had led Pakistan in the last edition, the experience of which should come handy.

Beat Thailand, lose to England, and try hard to pull one off against West Indies or South Africa.