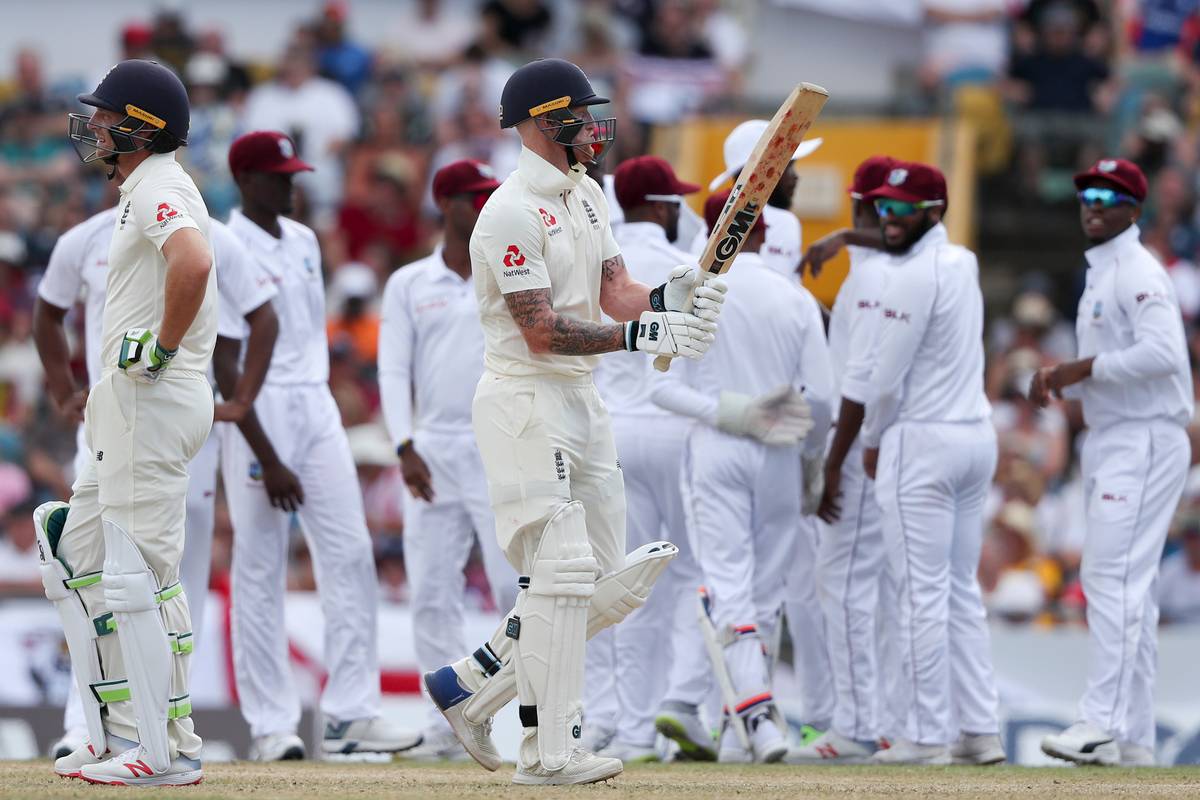 With a 339-run lead on a steadily deteriorating pitch, West Indies have as good as pocketed the first Test of the series, at Bridgetown. Shane Dowrich and Jason Holder, who had stood up time and again in the two home series last year, are at the crease.

They will want to stretch the lead as close to 400 as possible before unleashing their four-pronged pace attack on England. While all results are still possible, England do not have a realistic chance of winning the Test.

Shimron Hetmyer, last out for 81, pushed West Indies to 289 on the second morning. James Anderson took five West Indian wickets, for 46, and Ben Stokes 4/59. Then Rory Burns and Keaton Jennings added 23 for the opening stand before the carnage began.

Holder struck first, sucking Jennings into a slash outside off and resulting in a catch in gully. Then Kemar Roach undid Burns and Jonny Bairstow with pace, forcing them to chop on. And the biggest wicket of all came when Holder made a ball straighten just enough to trap Joe Root leg-before.

There were patches of grass on the pitch, and both Roach and Holder kept hitting them with relentless accuracy. Roach came on a hat-trick with the wickets of Stokes (leg-before with a fast pitched up delivery) and Moeen Ali (brilliantly caught by Alzarri Joseph at deep fine-leg). Ben Foakes kept him out.

Jos Buttler became Roach’s fifth wicket in 27 balls after Holder gave him a change of ends. He had conceded just 4 during this phase.

Holder decided to bat again, and Kraigg Brathwaite (24) and John Campbell (33) justified the decision by getting West Indies to an ideal start. They added 52, their second partnership in excess of fifty in the Test

Then Moeen and Stokes bowled well in tandem to take five quick wickets as West Indies collapsed to 61/5, losing 5 for 9 in 27 balls. At this stage England, behind by 273, probably sniffed a chance. The five wickets included Darren Bravo, caught at slip off Moeen. Playing his first Test since November 2016, Bravo scored 2 and 1.

Hetmyer (31) and Dowrich (27 not out) decided to play their shots, and rightly so. They added 59 at over four an over as Stokes (2/31) and Moeen (3/41) strived for wickets. Hetmyer was caught at point in the last over of the day, but Holder decided to keep the attack going, taking a four and a three off Sam Curran.