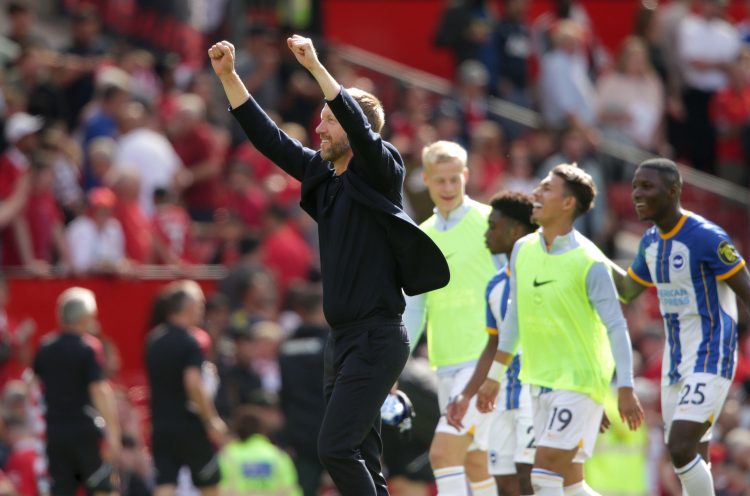 New season, same old problems. The Erik Ten Hag era at Manchester United began on a disappointing note as the Red Devils suffered defeat on the first matchday of the season at the hands of Graham Potter’s Brighton. A first-half brace from Pascal Gross gave the Seagulls an early 2-0 lead before Alexis Mac Allister bundled into his own net in the 68th minute to bring the hosts back into the contest. However, United couldn’t find the equaliser in the closing stages and slumped to another dispiriting loss in front of the Old Trafford crowd.

Cristiano Ronaldo found himself on the bench in Erik ten Hag’s first starting XI in the Premier League while new signings Christian Eriksen and Lisandro Martinez made their full debuts for the club, the former playing as a false nine up top. United started brightly in the sparkling Manchester sunshine as Bruno Fernandes blazed his shot from inside the penalty box over the bar in the opening ten minutes, but the optimism of pre-season soon fizzled out.

Brighton continued to carve through the Manchester United backline and eventually got their rewards as they opened the scoring through Pascal Gross at the half-hour mark. Former United star Danny Welbeck found space behind Harry Maguire before lashing a cross across goal that Gross calmly converted into the empty net.

Brighton doubled their lead less than ten minutes later when David de Gea palmed Solly March’s shot straight to the feet of Gross, with the German making no mistake from close-range to make it 2-0. United went into half-time to a chorus of boos, and the worries continued after the break as Danny Welbeck lost Lisandro Martinez for a free header in the six-yard box and arguably also should have had a penalty due to a foul from the Argentinian.

Cristiano Ronaldo’s arrival seven minutes into the second half did make a difference as United looked more purposeful in attack, with Marcus Rashford receiving two golden opportunities to pull one back. The Red Devils finally halved the deficit in the 68th minute after a comedy of errors from the Brighton backline while defending a corner. Goalkeeper Robert Sanchez failed to get a clean connection on his punch while Alexis Mac Allister bundled the ball into the Brighton net during the goal-mouth scramble.

United probed further in the final 20 minutes but found no way past as Graham Potter’s side held on for their first-ever victory at Old Trafford in the Premier League, while Erik Ten Hag’s reign in Manchester got off to the worst possible start.