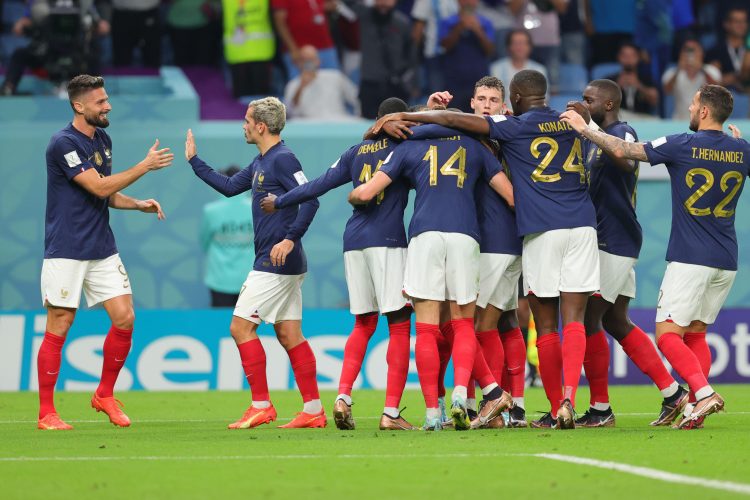 The defending champions kicked off their 2022 FIFA World Cup campaign in style with a comprehensive 4-1 victory over Australia in their Group D opener in Qatar. The Socceroos opened the scoring through Craig Goodwin in the first ten minutes, but a couple of goals from Olivier Giroud and headers from Adrien Rabiot and Kylian Mbappe helped Les Bleus avoid any upset and comfortably take all three points.

Les Bleus headed to this World Cup on the back of just one win in their last six matches and a lengthy injury list, including Karim Benzema, Paul Pogba, and N’Golo Kante. The world champions were even given a scare early on as Australia took the lead. Matthew Leckie played an inch-perfect cross across the face of the goal into the path of the oncoming Craig Goodwin, who slammed the ball from the far post into the roof of Hugo Lloris’ net to give Australia a surprise advantage.

France left-back Lucas Hernandez was injured in the build-up of that goal after going down clutching his knee and was later forced off the pitch and ruled out of the rest of the tournament to add to Didier Deschamps’ injury woes. Lucas was replaced by his brother Theo at left-back, and it was the substitute who provided the assist for France’s equaliser, the AC Milan defender setting up Adrien Rabiot in the 27th minute.

The central midfielder turned provider for France’s second goal, regaining possession high up the pitch for the reigning champions before sliding through Olivier Giroud for a simple finish. Australia hit the post in first-half stoppage time but were quickly blown away by the French after the break.

Kylian Mbappe got on the end of Ousmane Dembele’s cross with a glancing header to score his fifth goal at a World Cup before teeing up Olivier Giroud just three minutes later. The PSG forward exploded past his marker on the left wing with his change of pace and delivered the perfect lofted cross for Giroud, who made no mistake with his header to score his record-equalling 51st goal in national colours.

France had more chances to add to their tally in the closing stages but eventually ran out 4-1 winners, becoming the first team since Brazil in 2006 to begin their World Cup defence with a victory.