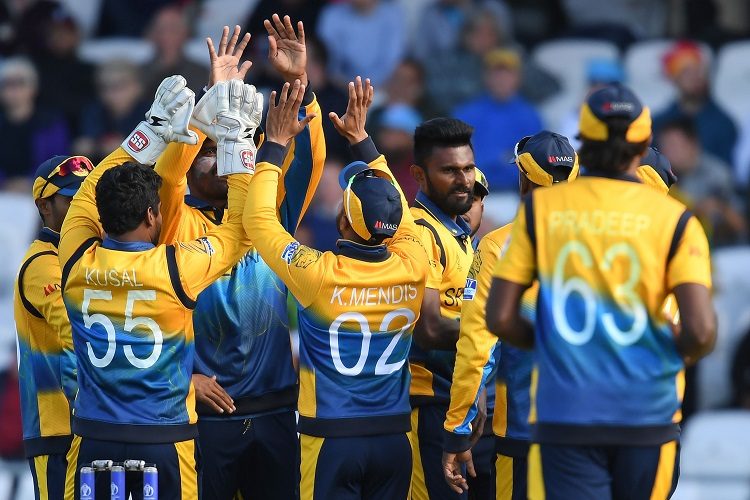 Sri Lanka had named their squads for the upcoming tour of Pakistan for the limited-overs series, but a terror threat specifically on the Sri Lankan team has made the tour doubtful. Elsewhere, Ravi Shastri once again dismissed talk of a feud between Rohit Sharma and Virat Kohli, and Sandeep Lamichhane starred in Barbados Trident’s first win at CPL 2019.

Sri Lanka’s tour of Pakistan in doubt after terror threat

The limited-overs series between Sri Lanka and Pakistan, in Karachi and Lahore starting at the end of this month, has been thrown under a cloud after the Sri Lankan government received news of a “possible terrorist threat on the Sri Lankan team”.

“Sri Lanka Cricket today sought the assistance of the Sri Lankan government to conduct a ‘reassessment’ of the security situation in Pakistan ahead of the national team’s planned tour to Pakistan,” the SLC said in a statement. “The decision was taken following a warning SLC received from the Prime Minister’s office, sent via the Ministry of Telecommunication, Foreign Employment and Sports.

“The warning highlights that the Prime Minister’s Office has received reliable information of a possible terrorist threat on the Sri Lankan team, while touring Pakistan.”

Ravi Shastri has once again dismissed all reports suggesting there is a rift in the Indian team between captain Virat Kohli and his limited-overs deputy Rohit Sharma.

Shastri, speaking after India’s 2-0 Test series win in the Caribbean, told Gulf News that differences of opinion on team matters shouldn’t be classified as rifts. “I have seen how the boys have played and how they have complemented the team and know their work ethics,” he said. “I feel it [reports of rift] is absolute nonsense.

“I have been there with them and I know the way they play. If that was the case why would Rohit get five hundreds in the World Cup? Why would Virat do what he is doing? How would they have partnerships together?”

Barbados get first win of the season

However, it was Lamichhane who applied the brakes on St Kitts, when he had Shamrah Brooks and Laurie Evans, who was on a 41-ball 62, dismissed in the same over. He then took the crucial wicket of Carlos Brathwaite, St Kitts were restricted to 168/9 in 20 overs.

St Kitts remain at No. 3 in the table, level on points with Barbados, but have played two games more.

Jimmy Anderson, the veteran paceman, said the pitches in England during the Ashes suited Australia more than the home side.

Anderson admitted Steve Smith’s incredible form turn the series, but said just as crucial was the nature of the pitches, which he believed denied England home advantage.

“I think they’ve probably suited Australia more than us,” he said. “I would have liked to have seen a bit more grass but that’s the nature of the game here. When you’re selling out – like Lancashire selling out five days of Test cricket – it’s hard not to produce a flat deck but, you know, that’s one of the frustrations from a player’s point of view.