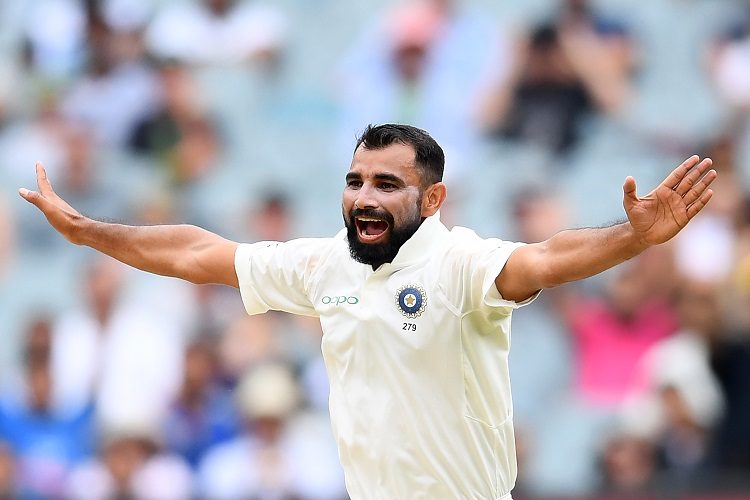 Mohammed Shami stars as India secured a huge 203-run against South Africa in the first Test in Visakhapatnam. Elsewhere, CPL 2019 enters its final stages, with Guyana Amazon Warriors sealing their berth in the final, and  Chris Silverwood emerges as leading candidate for England coaching role.

Mohammed Shami displayed exactly how to bowl pace in the fifth-day conditions in the sub-continent when he returned 5/35 in just 10.5 overs to help bundle out South Africa for 191, and give India a 203-run win.

South Africa resumed the final morning on 11/1, hoping to stave off the Indian attack, but that never looked likely given the manner they started. Theunis de Bruyn had his stumps clattered early by R Ashwin, before Shami sent back all of Temba Bavuma, Faf du Plessis and Quinton de Kock in quick succession.

Ravindra Jadeja then entered the fray to dismiss Vernon Philander and Keshav Maharaj, taking his tally to four for the match, before Shami returned to dismiss Dane Piedt and break South Africa’s late resistance.

‘Protected myself with a shield around me’ – Rohit Sharma

Rohit Sharma was declared Player of the Match in Visakhapatnam after his twin tons helped India to a resounding victory in the first Test.

It was a stellar return as it is, and especially so given he was playing his first Test innings as an opener. There was plenty of talk leading up to the match about the suitability of Rohit in that position, his record in Test cricket, and much else, but Rohit merely shut himself off all talk and got on with the job.

"I have protected myself with a shield around me for a long time now and all those things that happens outside does not come inside that shield," said Rohit. "So what people talk and what people think of me it doesn't really bother me, because eventually I have to play my game and I have to enjoy my game because it was my dream to play cricket. And I am living that dream.

"What happens outside...I never thought, when I was young, what people will talk, whether people will talk about me...Now that people are talking about me I have protected myself with a shield around me and that shield is pretty strong. Nothing comes inside that.”

Brandon King hammered an unbeaten 132 as Guyana Amazon Warriors beat Barbados Tridents by 30 runs in the first Qualifier to seal their place in the CPL 2019 final.

King’s century helped Guyana post 218/3 first up, and Barbados never made a proper tilt at that target, with their batsmen unable to convert their starts. Jonathan Carter attempted a late dash with a 26-ball 49, but they were restricted to 188/8 in 20 overs as Guyana continued their unbeaten run in this edition of the tournament.

Barbados will now face Trinbago Knight Riders, the defending champions, who saw off St Kitts and Nevis Patriots fairly comfortably in the Eliminator. Sunil Narine returned to the Trinbago side to return 2/22 and restrict St Kitts to 125/7.

Silverwood in line to be England coach

Chris Silverwood has emerged as favourite to succeed Trevor Bayliss as England coach, according to reports in the English media on Sunday, October 6.

Alec Stewart was, according to ESPNCricinfo, the preferred candidate to succeed Bayliss, who had a hugely successful tenure after leading England to their maiden World Cup triumph. However, Stewart pulled out of the process, leaving second-choice Silverood as the candidate most likely to be given the role.

He is the current bowling coach of the team, and has a good working relationship with the players already. He also led Essex to the County Championship title in 2017.

Garry Kirsten was thought to be the favourite for the role, but reports suggested his presentation was less than impressive.