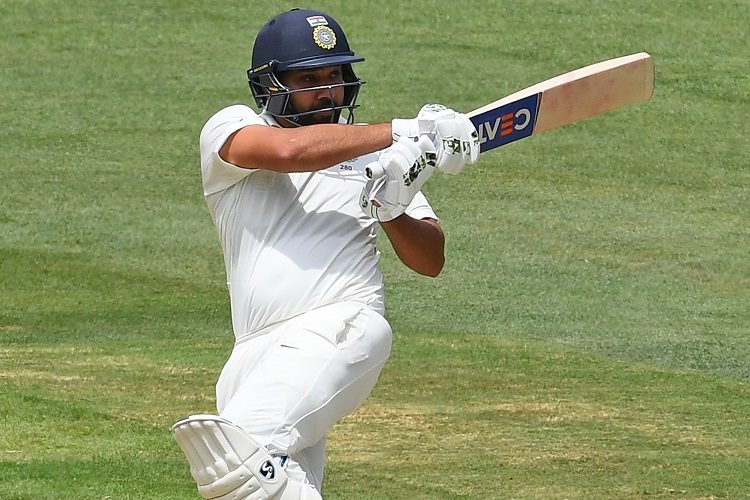 Rohit Sharma and Ajinkya Rahane helped India to create pressure on day one of the ongoing Ranchi Test. Virat Kohli could be rested from the upcoming Bangladesh series.

Virat Kohli opted to bat first after winning the toss yet again but India did not have a good start. They were reduced to 39/3 within the first 16 overs. But then Rohit Sharma once again rose to the occasion. He found an able ally in Ajinkya Rahane and both went to stabilize the innings for India. After the first hour of dominance by South Africa, led by Kagiso Rabada, the duo were successful to put the pressure back on the visitors.

Sharma finished the day unbeaten on 117 runs off 164 balls with 14 fours and four maximums to register his sixth career century. He took his series aggregate past the 400-run mark in the process. It was Sharma who slowly started to accelerate the run-rate to eventually dominate the opponent bowlers. At the other end, Rahane was providing the right kind of support. He remained unbeaten on 83 and developed a partnership of 185 runs in 42 overs so far. It was also an Indian fourth-wicket record against the Proteas surpassing the 178 that Rahane and Kohli had put together in the previous match at Pune.

India eventually ended the first day with a total of 224/3 in only 58 overs when play was abandoned for following bad light followed by rain. A fiery spell at the beginning of the day saw Rabada scalping two wickets that gave an initial breakthrough to South Africa.

In due course, Rohit Sharma broke the record of most number of sixes in a Test series. Shimron Hetmyer, the West Indies batsman had held the record with 15 sixes against Bangladesh in November 2018. In this series, Rohit has so far hit 17 sixes. Among Indians, the record belonged to  Harbhajan Singh who had hit 14 sixes against New Zealand in 2010. Rohit also went on to score his individual 2000 runs in the longer format of the game during the spectacular innings.

As reported by PTI, Virat Kohli could be rested from the three-match T20 series against Bangladesh, scheduled from November 3. Since the Indian skipper has been playing non-stop, the board has taken such a decision. Kohli has been featured in 48 of India’s 56 games since October 2018.

An anonymous source disclosing this information to PTI has said, “There is a possibility that Virat could be rested keeping the workload management programme in mind. But the selectors will only speak to Virat once the Test match (against South Africa) ends.” But it will ultimately depend on what Kohli decided eventually. The squad for the series will be picked in Mumbai on October 24.

Papua New Guinea opted to bowl first and sent Bermuda back for a paltry 89. Norman Vanua ended with 3/14 runs in 2.2 overs. Only one batsman from Bermuda could score more than 20  as Delray Lawrins scored 25. It took just 10.2 over for PNG to chase down the total with all wickets to spare.

Jonty Jenner (57) and Nick Greenwood (43) worked together to take Jersey to 170/4 from 89/3. A struggling Nigeria could manage only 115/7 in its 20 overs as Leke Oyede was the only decent contributor with 39 runs. Elliot Miles took two wickets conceding 22 runs.

A half-century by the veteran middle-order batsman Ryan ten Doeschate helped Netherlands to post a moderate total of 140 against Namibia. Jan Frylinck was the pick of the bowlers who took three wickets for 25 runs. In reply, Namibia were dismissed for just 96 runs Namibia in return were bowled out 96 with Paul Van Meekeren and Brandon Glover taking three wickets each.

It was teamwork by Scotland as all of their top-order batsmen got starts. Seven batsmen reached double digits to make170 against Kenya. Tom Sole was the highest scorer with 33* off 18 balls. Chasing down Irfan Karim scored a half-century to give the momentum. But Richie Berrington’s spell changed the game in favour of Scotland. He grabbed 3/17 to win the match by 31 runs.

Paul Stirling’s 72 saved Ireland from a massacre and his team could set a target of just 126 for the U.A.E. Rohan Mustafa ran through the Irish batting order to end with an astonishing  4/18. He once again showed his caliber with the bat and made a 16-ball 39 to lead the chase. Eventually, the U.A.E won the match by three wickets with 18 balls remaining.